Two rounds were played on the second day of the World Youth Chess Olympiad 2017 being held at the Karnavati Club in Ahmedabad. After a comfortable first day for all the top seeds, the second day already witnessed some surprising turnarounds.

In the second round, the top seeds India Green successfully fended off the Turkish challenge with wins on the first two boards. GM Aryan Chopra managed to beat FM Denis Ozen, rated 2412 with the black pieces. 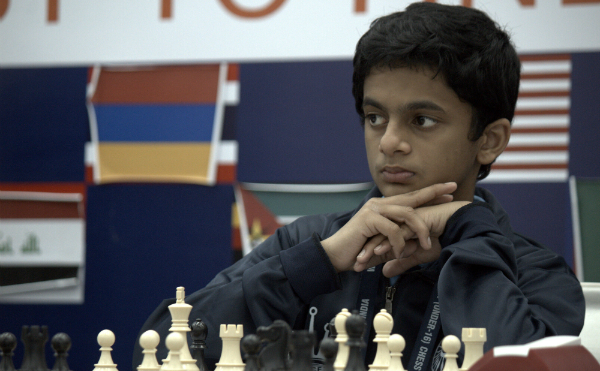 The second seeded Iranians also had a topsy-turvy start to their day against Kazakhstan. While IM M. Amin Tabatabaei, rated 2573, and IM Alireza Firouzja, rated 2526, both had easy wins, the fourth board for the Kazakhs, Tamerlan Bekturov, rated 2222, beat his lower rated Iranian opponent.

Meanwhile, Iran’s third board IM Aryan Gholami, rated 2479, was completely losing to lower rated Ramazan Zhalmakhanov. It looked like Iran would be held to a draw but the fortunes changed at the very last moment when in time pressure, the Kazakh player went wrong allowing Gholami to win. This made the score 3-1 in Iran’s favour.

In the third round, held in the afternoon, India Green was pitted against the fourth seeds, Armenia. It was destined to be a cracker of a contest and the match lives up to its reputation. On the top table, Armenia’s Aram Hakobyan, rated 2465, put unlimited pressure on GM Aryan Chopra on the queenside. Chopra, playing with Black, had a very passive position and eventually fell apart, losing the game. 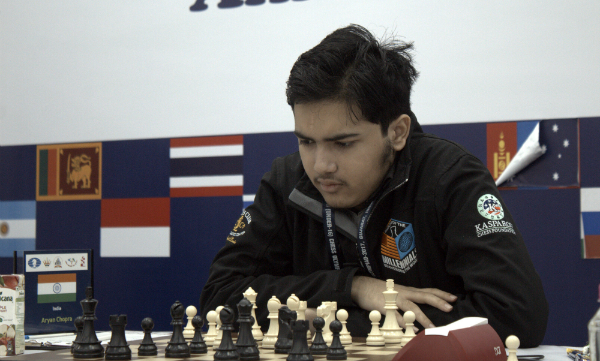 On the second board, IM Praggnanandhaa looked to be in a bad position with white pieces. This time, the fourth and the fifth boards rallied for India Green. IM Iniyan P., rated 2452, had replaced WIM Vaishali for this crucial game. Playing White, Iniyan had an equal position out of the opening against FM Mamikon Gharibyan, rated 2342. But the Armenian had used up a lot of time on his clock and this eventually saw his demise. Iniyan made foxy moves to mislead the Armenian who had very less time on the clock and lost.

Praggnanandhaa managed to hold his bad position to a draw.

On the third board, IM Nihal Sarin, rated 2507, played sparkling chess with Black against FM David Mirzoyan, rated 2345. Nihal crowned his excellent play with a position knight sacrifice that gave him lasting position pressure. White lost the thread and resigned.

Iran, who had luckily won earlier in the day, finally lost luck when the fifth seed Uzbekistan held them to a 2-2 draw. While IM Alireza Firouzja and IM Aryan Gholami won their games, the fourth board was a win for the Uzbeks.

Tragically, the highest rated player in the tournament IM M. Amin Tabatabaei lost his way with the white pieces against Nodirbek Yakubboev, rated 2448, making the match a draw.

Russia had a very easy day as they won both rounds very comfortably.

This allowed third seed Russia join India Green in the lead, with both the teams leading with 6 match points.