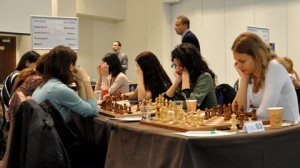 Russia is back on the winning paths in the Women Section of the European Team Chess Championship after drawing Poland yesterday. Despite the strong resistance from the Armenian team, Russia took a narrow victory thanks to Natalija Pogonina’s triumph against the former Russian, and now married in Armenia, WGM Maria Kursova.

Poland made yet another impressive accomplishment by overcoming the 2nd seeded Ukraine with 2.5-1.5. Monika Socko and Jolanta Zawadska won on the top two boards, while Mariya Muzychuk scored for Ukraine.

Georgia recovered after the loss in the previous round and demolished Slovenia by 3.5-0.5. Anna Muzychuk was the only to snatch half a point for Slovenia, on the top board against Nana Dzagnidze.

France signed an empathic 3-1 victory against Serbia and entered the contention for medals. Bulgaria beat Germany and Czech Republic was stronger than Azerbaijan.

Russia is leading the standings with 13 points and Poland is second with 11. Ukraine, Georgia and France share the third place with 10 points each. 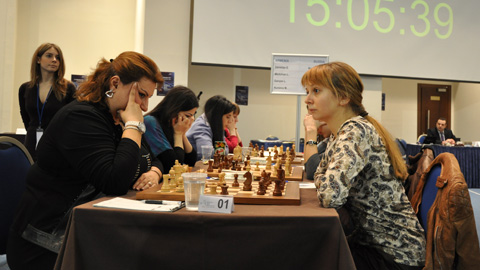 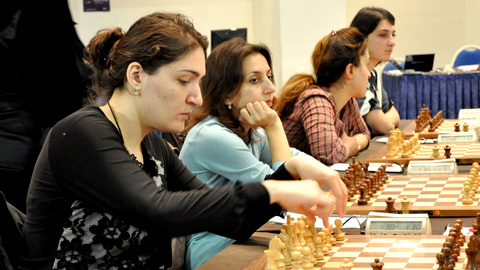 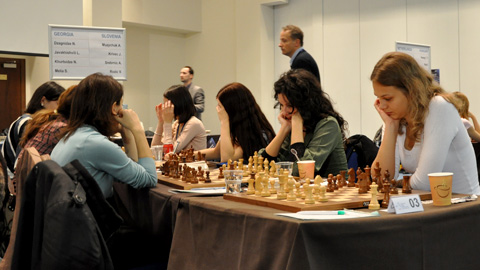 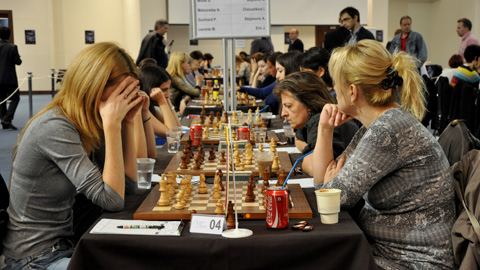