FIDE President and Russian CF President are campaigning through the state agency TASS to move the 2022 Chess Olympiad from Belarus to Russia.

In successive interviews for the Russian agency the two officials are certain that “Russia could host the World Chess Olympiad 2022 instead of Belarus”.

“Belarus refused to host the Chess Olympiad in 2022, mainly for financial reasons, and we are now discussing whether it might be easier to hold it in Moscow in 2022,”, FIDE President Arkady Dvorkovich said.

RCF President Andrei Filatov followed with: “If the situation arises, we are ready to hold the Olympiad.”

He proceeded to advertise Russian vaccines: “Moreover, by that time the Russian vaccine against coronavirus will be fully certified, and I think there will be chess fans who would come to Moscow not only to follow the tournament of the highest level, but also to get vaccinated.” 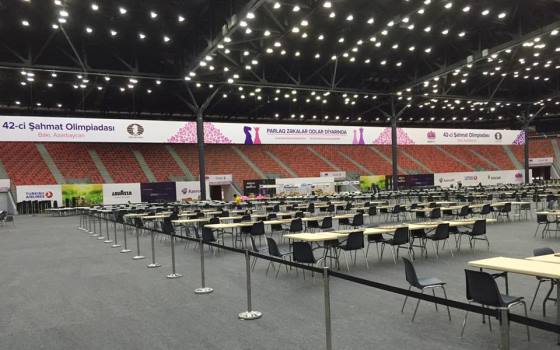 Russian chess city Khanty-Mansiysk was planned to hold the 2020 Chess Olympiad this summer, but the event was postponed for 2021 due to pandemics. Later it was announced that the Chess Paralympics and the FIDE Congress will be held in Khanty-Mansiysk, while the main chess competition will be moved to Moscow.

Belarus was awarded with the organization of the 2022 Chess Olympiad. Earlier this year Belarus started to back away from the financial obligations that are necessary for such a demanding event, and the Olympiad was definitely cancelled after the officials and players of the Belarus Chess federation supported the people’s protests against Alexander Lukashenko.

It has never happened before that one country held two consecutive Chess Olympiads.

The key reason of Russian obsession with the 2022 Chess Olympiad might be the fact that during the event there will also be elections for the post of FIDE President. Holding the elections on the home soil would certainly boost the Russian effort to keep the control over the chess organization.