Superfinal Championship of Russia will take place on 3-15th October in the Moscow Central Chess Club (Gogolevsky Boulevard 14). The starting lineup features 12 grandmasters, including the current title holder Alexander Morozevich, 4-time Russian champion Peter Svidler and Alexander Grischuk. This competition will be the last inspection before the Dresden Chess Olympiad.

The playing system will be 11-rounds all-play-all and the prize fund is about 195.000 USD. All Russian best players are expected to take participation, except for Vladimir Kramnik who is currently preparing for the World Championship match. Grandmasters Artyom Timofeev, Nikita Vitiugov, Ernesto Inarkiev, Konstantin Maslak, Alexander Lastin and Alexander Riazantsev have qualified for the Superfinal by grabbing top six places at the Higher League which took place on 3-15th September in Novokuznetsk. 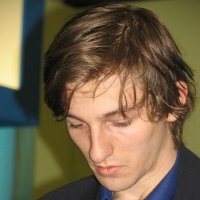 Update: Alexander Grischuk was forced to cancel participation due to illness, Russian media reported. He will be replaced by Konstantin Sakaev, first reserve from Higher League.