The return games of the World Chess Cup Semifinals were played on Tuesday, September 13th in Khanty-Mansiysk.

Peter Svidler (Russia) won as Black against Ruslan Ponomariov (Ukraine), and advanced to the final. Natalia Komarova, the Governor of Ugra, congratulated him with this achievement: “As a patriot of my country, I am happy for the six-time Russian champion, and wish him future success at the board”. It is the first time that a player from Russia advances to the World Cup final.

Ponomariov-Svidler featured the Gruenfeld defense. On the 7th move the Ukrainian grandmaster selected a rare line, but according to Svidler, was not quite ready for the opening debate. Perhaps Ponomariov could obtain a comfortable position with a small but lasting advantage, if he played 13.Rc1. Instead he went for 13.Rb1, and after Black castled long (a rare scenario in this opening), the game became very sharp. 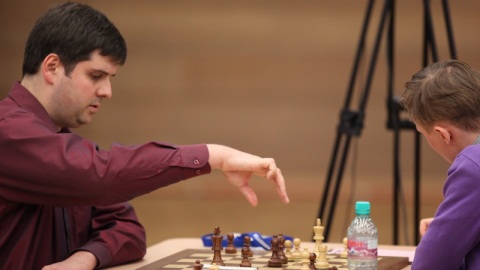 Black’s pawn phalanx on the queenside looked very promising, and Svidler declined a draw offer without hesitation. White did not defend in the most tenacious way and resigned soon after the 40th move. “I can afford celebrating this success, – said Svidler. – Two holidays are coming, and my friends will not understand me, if I spend this time alone”. 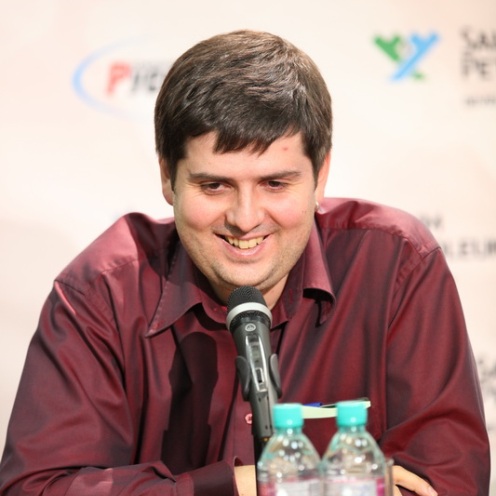 Peter Svidler at the press conference

Black had to give up a queen for a rook and a bishop. The compensation was probably not entirely sufficient, but Ivanchuk, also being in time trouble, allowed Black to stabilize his position. Grischuk exchanged all the queenside pawns and built a fortress on the kingside, making a draw inevitable. 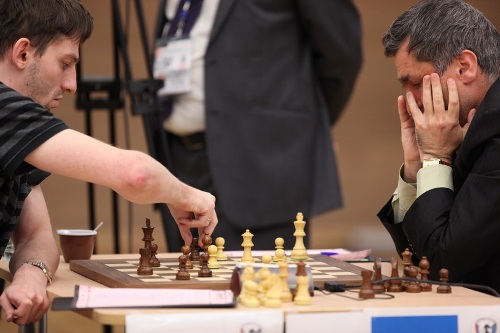 On Wednesday, September 14th, Ivanchuk and Grischuk will determine the second finalist in quick-chess tie-breaks. The loser of this match will meet Ruslan Ponomariov in the fight for the third place, which is played under the same rules as the World Cup final – four classical games plus tie-breaks.