Vitiugov Catches up with Leaders at Men’s Superfinal. Kosteniuk and Goriachkina Lead in Women’s Section

Round 6 of the Russian Championship Superfinal, the 68th for men and the 65th for women, took place in Chita on August 14.

In the men’s contest, Peter Svidler defeated Igor Lysyj. The players went for the King’s Indian Attack, where White based his game along the open a-file, putting pressure on the weak a6-pawn. Russian seven-time champion rearranged his pieces skillfully, traded off the queens and won a pawn. In an objectively very difficult endgame, Black blundered and resigned a move later. 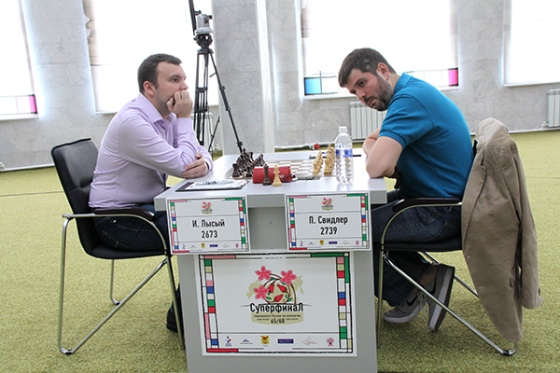 Daniil Dubov and Dmitry Jakovenko’s game proved to be quite a brain-teaser. White played the opening inventively and ambitiously and got a promising position. Dubov mounted an attack against his rival’s king and won a pawn. On top of that, this extra pawn, supported by a bishop, settled down in the enemy camp, on f6. White’s position was almost won, but before and immediately after the time control Daniil missed decisive continuations several times. As a result, Dmitry not only survived on the brink of a precipice, but even found counterplay thanks to his passed d-pawn and the weak light squares in his opponent’s camp. White lost the thread of the game and made another blunder on move 47, after which his situation became hopeless very quickly. 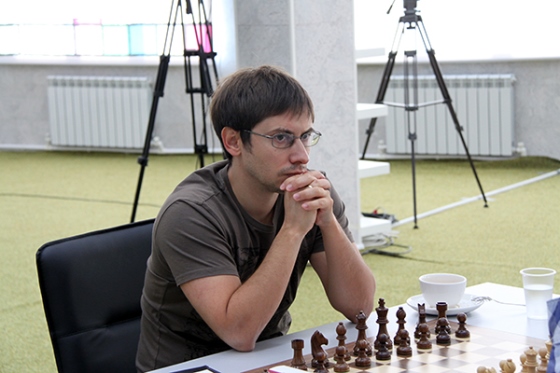 Nikita Vitiugov and Denis Khismatullin had an equal maneuvering fight: Black had the two-bishop advantage as compensation for his isolated pawn in the center. However, Khismatullin exchanged one of his bishops for a knight too quickly, and in an endgame with opposite-colored bishops White seized the initiative immediately. Vitiugov won a pawn and converted the advantage with excellent technique. 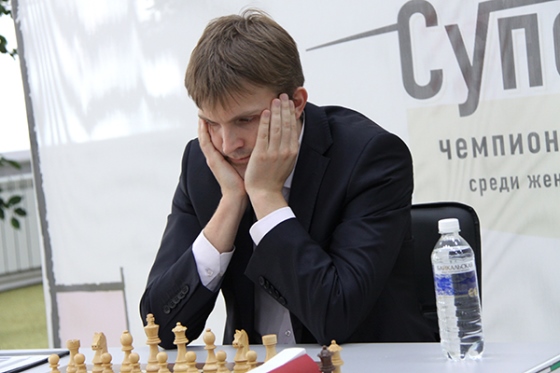 In the women’s event, the crucial game was the duel Gunina – Lagno, where White celebrated a slashing victory. The opponents went for the Grünfeld Defense with 4.g3. After the opening White was able to make breakthroughs on the kingside and in the center with comfort, whereas the black pieces huddled up on the queenside. Lagno spent a lot of time on seeking an acceptable defense, but was never able to find one. On move 20, White won a pawn and an exchange, and Black stopped resistance after a few more moves. 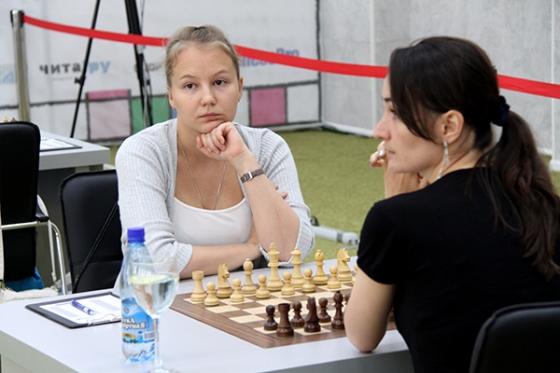 Alexandra Kosteniuk defended a pretty tough position in a game versus Alina Kashlinskaya, but after fending off the main threats she was too quick to counterattack. Had Kashlinskaya found a strong maneuver by the queen on move 47, Black’s position would have become critical again. However, White missed her chance, and Black regrouped her pieces well and broke through the white king’s defenses. Kashlinskaya resigned one move before checkmate. 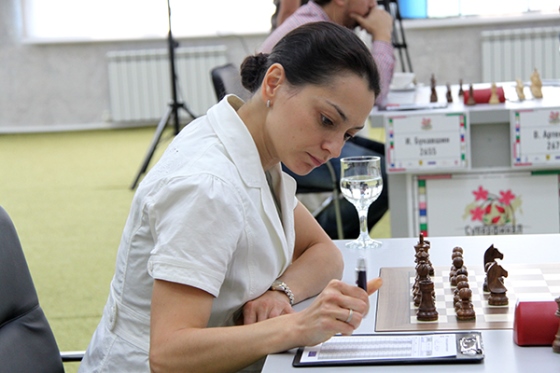 Evgenija Ovod, who played Black against Alexandra Goriachkina, opted for the Hedgehog structure and got a comfortable game. Black sacrificed a pawn in a complex multi-piece battle, gained the initiative and built up the pressure skillfully, but on control move 40 she offered an unfavorable rook exchange, after which White snatched the advantage at once. White stabilized the situation, gained space and obtained a decisive edge. Goriachkina played the technical stage accurately and brought the point home.

Marina Guseva made a strategic mistake in a game with Anastasia Bodnaruk as she declined to trade off the queens in a position with the uncastled king. As a result, Black forced the trade-off anyway, but in more favorable circumstances, and got an overwhelming position in the endgame. Even though the technical stage was a bit longer than necessary, Anastasia was able to secure her second consecutive win.

The games Savina – Girya and Pogonina – Kovalevskaya ended in a draw. 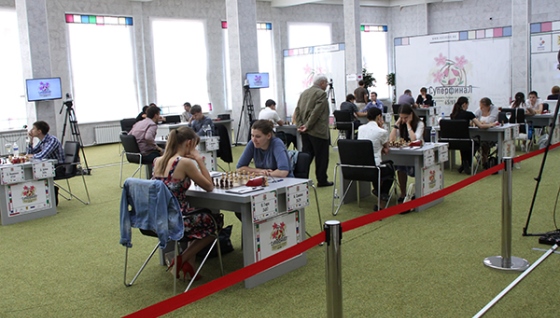 August 15 is a day off at the tournament, a traditional children’s programme will be held on this day. Simultaneous exhibitions with grandmasters Sergei Rublevsky and Evgenij Miroshnichenko will be organized for 50 young chess players from the Zabaykalsky Krai. The venues for the simuls are the Odora recreation park and the Chess Park.

The games of round 6 were commentated in Russian by grandmasters Sergei Rublevsky and Pavel Tregubov, and in English by grandmasters Evgenij Miroshnichenko and Anna Burtasova.