Round 9 of the Russian Chess Championship, the 68th for men and the 65th for women, was played in Chita on August 18. Evgeny Tomashevsky and Alexandra Goriachkina retained their leading positions.

Tomashevsky and Ivan Bukavshin had a debate in an aggressive Anti-Moscow Variation of the Queen’s Gambit, with White sacrificing a pawn. Black chose a non-standard continuation, to which White responded brilliantly and got powerful play. After Tomashevsky made a pawn breakthrough in the center, Black started playing inaccurately and found himself in a bad situation. The conversion took a while, and Bukavshin was even able to open up the white king’s position, but at the end Tomashevsky obtained a decisive material advantage and won the game. 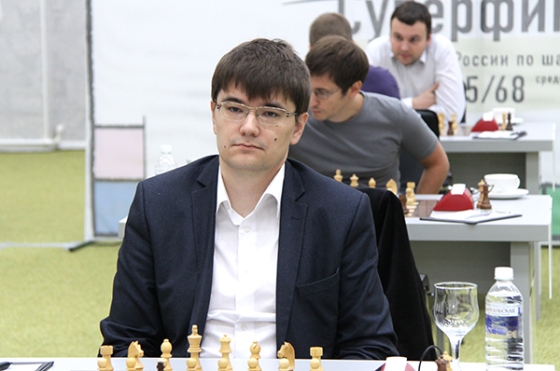 Denis Khismatullin and Ildar Khairullin played out the Nimzowitsch Defense with White having very comfortable play. Khismatullin positioned his pieces well and set up an attack on the kingside. White was able to open up the black king’s position and put pressure on the g7 square. Black resigned without waiting for the massacre.

Vladislav Artemiev went for the Paulsen Defense as Black versus Dmitry Jakovenko and managed to equalize. After a cunning combination, Black forced several favorable tradeoffs and had the advantage. With some maneuvering, the black queen and rook occupied the second rank and created irrefutable checkmate threats. 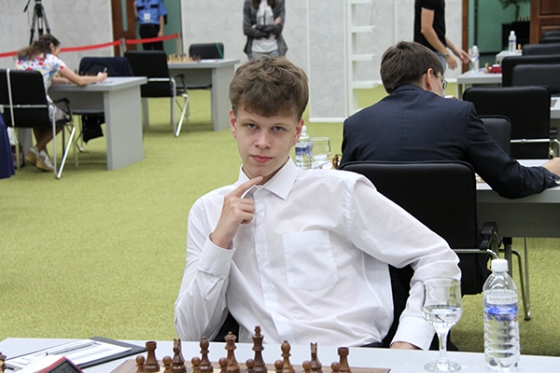 Sergey Karjakin beat Peter Svidler in the Ruy Lopez. Black sacrificed a bishop for two pawns and undermined the pawn fortifications around White’s king, but the counterplay proved to be insufficient and White countered all direct threats. After winning the third pawn, Svidler started to play inaccurately and the advantage shifted to White. When the queens and a pair of rooks were exchanged in the endgame, the white knight turned out to be stronger than the black pawns, and Black resigned in a hopeless position. 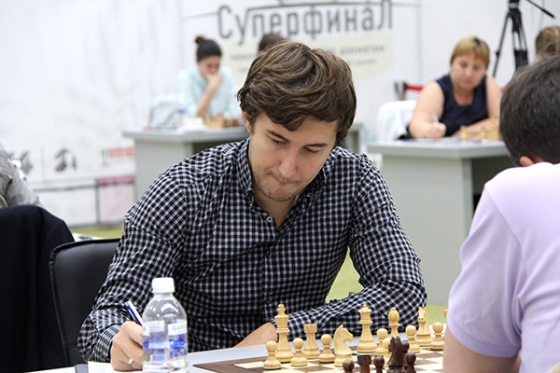 Kateryna Lagno, playing White with Olga Girya, sacrificed a piece in order to mount an attack, but Black was able to repel it and then take over the initiative and get to the white king.

Evgenija Ovod and Valentina Gunina had a long maneuvering battle in the Slav Defense. Black advanced her pawns on the queenside, but White grabbed the c file. With accurate play, Ovod won a pawn, traded off the queens and a pair of rooks to her advantage, and won in the knight endgame.

Anastasia Bodnaruk and Alina Kashlinskaya matched wits in the French Defense with opposite castling. White sacrificed a pawn to get sharper play on the queenside and create threats to the black monarch. A curious position emerged with the black pawns on a4 and b3, and the black king totally unprotected. Bodnaruk attacked her opponent aggressively, sacrificing a pawn. To avoid checkmate, Kashlinskaya gave away her queen, but had to recognize defeat a few moves later. 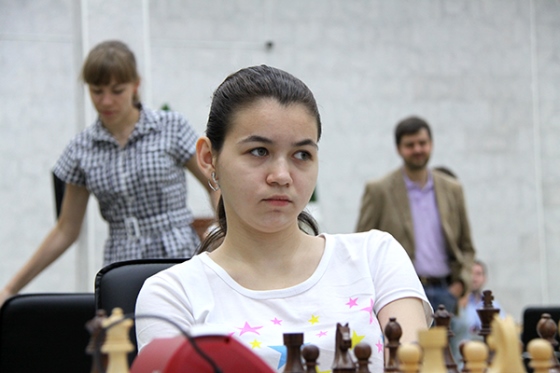 The leaders’ encounter, Kosteniuk – Goriachkina, ended in a draw. The other peaceful games were Kovalevskaya – Savina and Guseva – Pogonina. 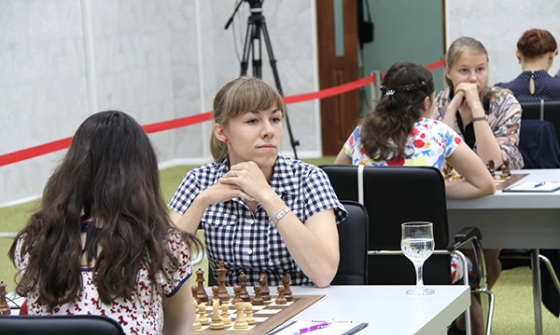 The games of round 9 were commentated by grandmasters Sergei Rublevsky and Evgeniy Najer in Russian and grandmasters Evgenij Miroshnichenko and Anna Burtasova in English.