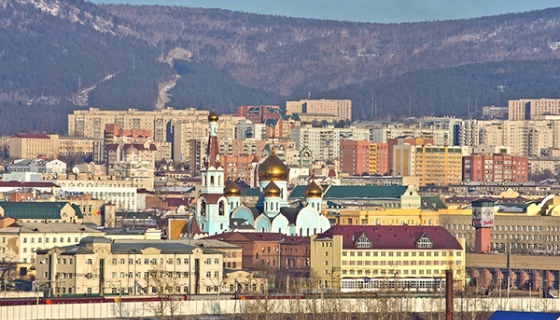 A pre-start press conference, to be attended by the organizers and the champions of Russia, will take place at the Monblan hotel on 8 August, at 18:30 local time.

The Superfinal’s grand opening will be held on the same day, and will start at 20:00 at the concert hall of the Zabaykalsky Krai Philharmonia. The drawing procedure will be part of the ceremony.

On that day, a simultaneous exhibition will be held in Chita. Fifty young chess players from the Zabaykalsky Krai will cross swords with famous grandmasters: Evgeniy Najer, Sergei Rublevsky, and Evgenij Miroshnichenko.

A press conference will be arranged on 9 August at 15:30 at the Megapolis-Sport Youth Palace, where the Russian Chess Federation, Elena and Gennady Timchenko Charitable Foundation, and and the Zabaykalsky Krai Chess Federation will present the Chess in Schools project, a new one for the region.

Information for the media:

The Zabaykalsky Krai. The history of the region as part of Russia dates back to the journey taken by the Cossacks from Peter Beketov’s hundred in 1652-1654, when they built the famous Nerchinsk settlement. The Zabaykalsky Krai was established on 1 March 2008 by merging the Chita Region and the Aginsk Buryat Autonomous District.

The region is the eastern economic, geopolitical, and historical outpost of Russia. Its southern and south-eastern border is also the Russian Federation’s border with Mongolia (863 km) and China (1095 km).

An important milestone in the Zabaykalsky Krai’s history was the exile of the Decemberists to this place starting from 1826, which is when the first data about the development of chess in the region dates from.

The region is a multiethnic land shared by Russians, Buryats, Ukrainians, Tatars, Belorussians, Evenki, and other peoples.

The Zabaykalsky Krai is among Russia’s oldest mining regions and boasts vast mineral and commodity resources. It is among the leading Russian regions in terms of uranium, silver, copper, fluorite, tantalum, titanium, lead, gold, tin, and coal reserves. It also features many mineral deposits, including the Udokan copper deposit, the largest in Russia and one of the largest in the world.

The region also has a considerable tourism potential: the flora here is comparable to that of Southern Crimea, Moldova, Transcaucasia and the Amur basin. The region has plenty of mineral water sources (about 300, with a different chemical composition and temperature, and most of them have medicinal properties) and thermal sources, competing with the Carpathians, Southern Crimea, Caucasus, and the Black and Baltic Sea coasts.

There is also a unique place near Chita ― the Pallas mountain (1236 m), which is the starting point for as many as three great rivers: the Amur, the Lena, and the Yenisei.