The 19th Voronezh International Chess Festival 2015 will be held from 10-20th June at the Voronezh Chess Club, in Voronezh, Russian Federation.

Pavel Ponkratov, the famous GM from Chelyabinsk, is a frequent visitor to Voronezh and has often been among the festival’s winners. This time he is coming as the last year’s “Master Open” champion. However, this is not the only thing he is known for – he is always well-mannered, easy-going and very positive. Maybe these are the qualities that help him win. 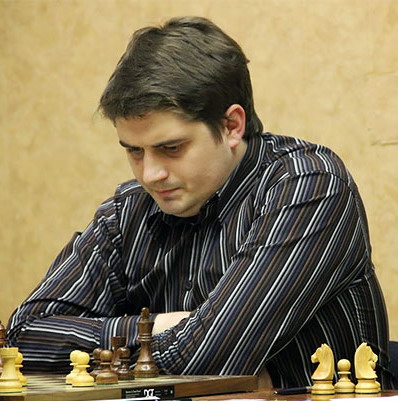 EP: Pavel, this year you’re coming as Russia’s current rapid champion. How did it go for you in this kind of chess in Saint Petersburg? Are you pleased with the result?

PP: This tournament has been held at “Saint Petersburg” hotel for several years. It’s a very nice location next to the river Neva. I thought that if I didn’t do well at least I would have a good time. I started strong though, with 6 points out of 6, which if I say so myself was partly due to luck. Later on, the results weren’t as impressive (2 points out of 5, no wins) but I still managed to win the tournament. So if someone ever tells you he is not happy with the first place, don’t believe him!

EP: You are a frequent visitor to the Voronezh Festival. Moreover, you have already won the rapid tournament here as well as the last year’s “Master Open”. What does this Festival mean to you?

PP: It means a lot to me, I first played here at the age of 12. I also claimed my first ever win against a GM in Voronezh. The tournaments are strong and challenging and the city itself is very welcoming.

EP: Last year you said that even though you were always happy to come to Voronezh, it’s hard to play here. What did you mean by saying so?

PP: I am always happy to come here but my results shown in the past were not the best incentive. But last year I was successful so I am coming in a positive mind-frame.

EP: What are your expectations of this year’s festival? Which tournaments are you planning to take part in and what’s your main goal?

PP: As I did well here last year, I’m hoping to do the same. I would like to play rapid chess and the classic. Unfortunately, due to the schedule I won’t be able to take part in the blitz tournament, which under different circumstances I would. I might play the Fischer’s chess too, but I’m also planning to go to Kaliningrad after so I think I will just stick to my normal schedule.

EP: As far as I know, in your family the love for chess is strong. When did you first try to play and were drawn in?

PP: Both my father and grandfather play chess. My granddad taught me how to play when I was five and my dad took me to the coach he himself had lessons with when I turned eight. I was drawn into chess when I first started winning small blitz tournaments.

EP: You are a professional chess player but in one of the interviews you said there always should be a plan B. Do you think you will ever have enough or chess and start doing something else?

PP: This is a tricky question. I don’t think I will ever have enough of chess as of a game, an art, but sooner or later I will have to find a different profession. Chess requires a lot of energy and time, which you have less of with age. This is why the results usually get worse.

EP: As far as I know, you’re not only a player but a coach as well. Does this combination work for you? You also have to spend time with your children, which along the tournaments you take part in takes a lot of time.

PP: Exactly, so I wouldn’t call myself a coach. I do have one or two students and now and then I give lectures, but all of this is not really a hard everyday job.

EP: And what kind of a coach are you? Strict or down-to-earth? Are you only their teacher or can you be their friend as well?

PP: Sometimes when I prepare for a lecture I learn a lot myself and thus get better. I guess the word “down-to-earth” describes me accurately.

EP: It’s well known that you are also successful in blindfold chess. It’s said that you played 12 games simultaneously, is this true?

PP: To be honest I haven’t played this kind of chess for about three years. Not only it requires some special skills and preparation, but also organisers are not very interested in setting up such tournaments for some reason. I must say that 12 is by no means a limit according to what I have seen at my chess school. We learned how to play blindfolded by doing special exercises and almost every player who was more or less good could play two or three games simultaneously. My record was 12, which I set in Greece during the young player’s tournament. I managed to win 6 games and draw 6.

EP: For a person not engaged in chess it’s without a doubt some sort of a spectacular show. But must quite challenging for the players, why do they do that?

PP: It is exciting! It’s all about testing your own abilities, challenge and self-development.

EP: At some point you said that you’ve recently become less ambitious. Why is this so?

PP: This is a normal thing to happen. Being too ambitious whilst having the same results would damage your self-esteem a lot. There are things in your life you can do and can’t. So there should be a distinction between having too many ambitions and optimism.

EP: Among your achievements the rapid chess constitutes a big part. Is it a coincidence or you specifically wanted this?

PP: Not really, but my chess skills seem to be the most suitable for rapid chess.

EP: Which of your wins would you say was the best?

PP: It’s hard to think of one game, but let it be the Kovalenko-Ponkratov one in Izhevsk, 2013. As for the tournament, definitely winning the Russia’s Rapid Championship.

EP: You once said that a person should achieve his greatest results in chess by the age of 30. You’re almost 27 now. What comes next in 3 years’ time?

PP: This is another tricky question. I still think that 30 is a critical age for a chess player. What comes next, life will show. I see several options, plus a lot of interesting opportunities can come by chance.

EP: Pavel, it seems like chess players are the kind of people who plan everything step by step, in life as well. But there should be also a dream! Do you have one? Something you really want to achieve?

PP: If it’s achieving something it’s more of a goal rather than a dream. A dream should be something that is almost unreachable. I guess mine would be to see the world the same way I did when I was 19 or 20, if only for a bit.

EP: Lets go back to the Voronezh Festival. You have visited many countries and cities, and in some of them there are places you find special. Is there anything like that in Voronezh or do you have personal associations with our city?

PP: For now no, apart from maybe the alley that starts at the monument of Nikitin. As for the associations, there are some of the Sergey Grebennikov’s songs.

Questions were asked by Elena Ponomareva.
Interview was translated into English by Svetlana Lisik.