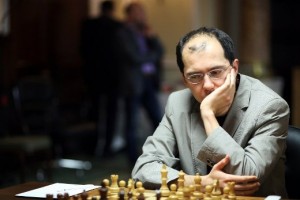 Uzbek GM Rustam Kasimdzhanov is well-known for being an important member of Viswanathan Anand’s assistance team. However, during a press conference at the Zug Grand Prix, he informed that he will not be helping the Indian this year.

“I think three World championship matches are enough for me. There were all very tough – one tougher than the other. At the end I think I deserved some rest (smiles). I’m a bit worry if the match is going to take place because it was announced to be held in India and Magnus is seriously opposed the idea to play there. If they push it and Magnus gets nervous we can have the situation when Norwegian will just refuse to play, as he had done with previous candidates tournament. It’s a great match and it would be a pity if something happens. I will be happy if they find some neutral ground. On the other hand India deserves to host the World Championship match because Anand has been holding the title for many years. So the situation is difficult”, said former world champion.

The World Champion always gave due credit to his teams of seconds in regard to his success at defending the title. This year, he will need to replace two of his main helpers, as both Kasidmdzhanov and Peter-Heine Nielsen have declared that they will not be working with him.