In conjunction with this year’s US Open in Orlando, the United States Chess Federation elected the officers for the USCF Executive Board for the 2011 to 2013 terms. Officers are as follows:

The USCF Executive Board consists of seven members elected by the USCF membership and is charged with oversight of the Federation between annual meetings of the USCF Board of Delegates. 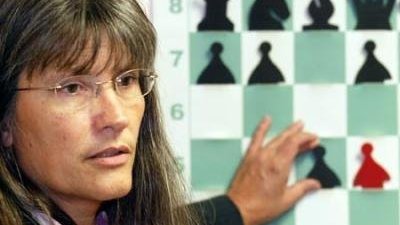 Ruth Haring is a Life Member of USCF, an International Woman Master and a member of the Executive Board of USCF, elected in 2009. Ruth was a frequent participant in the US Woman’s Championships in the 70’s and 80’s, and is a five-time US Olympic Champion team member, winning the Bronze on Board 4 in 1976 and representing the USA in the 1976 Women’s Interzonal and various other international events. Ruth also serves on the CalChess (Northern California Chess Association) Board of Directors and was appointed in 2009, as the Head of the US Delegation to FIDE. Ruth has a management background and has worked for eBay, IBM and other companies in Silicon Valley since 1983.