Grover, who turned 17 during the course of the championship, delivered when it mattered the most as Das was no match for the wily ways of his younger opponent. This victory for Grover comes soon after the completion of his Grandmaster title at the World Junior chess championship at Athens in Greece.

For the records, Grover scored 8.5 points in all and ended up half a point ahead of nearest rivals N Srinath, Vidit Gujarathi, Debashish Das, Anurag Mahamal, Dipptayan Ghosh and G A Stany who all scored eight points in all.

Grover lost one game, won seven and drew the remaining three. The loss against International Master Aditya Udeshi was heartbreaking in the fourth round but the Delhi-boy staged a remarkable comeback upstaging Das in the last round. 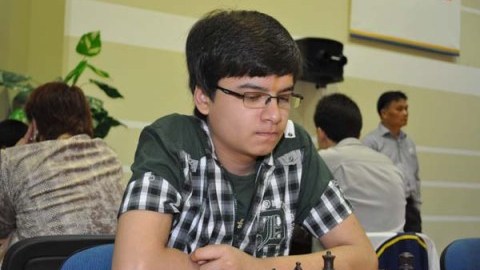 It was the game of the tournament wherein Grover launched an offence very early from a queen pawn opening as white and ripped apart the centre with a brilliant knight sacrifice. Das was at sea trying to figure out an escape route but there was none as the postmortem of the game confirmed. Grover paralysed black’s forces in no time and forced Das to resign.

“This has been a decent result after I was going haywire midway through the tournament, even before the last round I was not sure if I would win the championship despite winning the last round, it was possible only thanks to some positive results for me on other boards”, said Grover matter-of-factly after winning the title.

The student of Kulachi Hansraj Model School singled out his game against Das as his best effort, “The way I had been playing before the last round I was not convinced with myself, but then I had analysed this line for some time and when Debashish (Das) went for it, I knew it would be at least a keen tussle. And then it just went my way”, Grover noted.

A former under-10 world champion, Grover is also a bronze medalist in the 2011 world junior championship.

President of Delhi Chess Association Bharat Singh Chauhan congratulated Sahaj on his back to back achievements. “There was obviously a lot of pressure for him to win the last round and he did it in commendable fashion. In the past few years we have been trying to up the ante as far as Chess in Delhi goes and this is our just reward as administrators. Delhi can now boast of five Grandmasters, and recent at the Chess Olympiad Tania Sachdev and Abhijeet Gupta came up with superlative performances to win individual medals. It encourages us to do more, and in much better fashion”, Chauhan said.

Speaking about the plans for tournaments in Delhi for youngsters to look up to Chauhan confirmed they are aplenty: “We have the national school games, the Asian School games coming up for young Children. We are also going to have a super category-tournament in Delhi in December and then in January we have planned a very big Delhi International Chess Festival. For the super tournament and Delhi Festival we have a combined prize pool of Rs. 3250000/- (Rs. Thirty Two Lakhs and Fifty Thousand)”, he added.