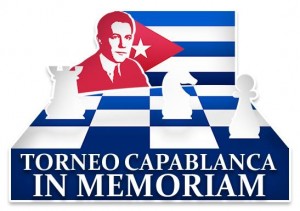 53rd edition of the Capablanca Memorial Chess took place from May 9-19 in the Habana Libre Hotel in Havana, Cuba.
The tournament was divided in two sections, Elite group and Open tournament.
The elite group of 6 players was honouring the Cuban Chess World Champion José Raúl Capablanca in a double round-robin with new US Champion GM Sam Shankland the top seed.
He was leading all the time and in the end with the impressive score 7,5 out of 10 was the winner, 1,5 points ahead of GM Aleksey Dreev, who is second. Third is GM David Anton Guijarro with 5,5 points.