Indian Chess School is attempting to create a new national record of most number of games by a player in a simultaneous chess display when the former Indian National & British Open Champion, Grandmaster Abhijit Kunte would be playing against 151 players on 05th January, 2013 at MCF Sports Complex, Gymkhana Road, Borivali (West), Mumbai.

According to the chess historian and statistician, Shri Vijay Pandit, the current record of the most number games stands in the name of Dhyani Dave of Ahmedabad when she played against 150 players on 27 August 2012.

The unique feature of this event is that the all the games would be recorded and webcasted ‘Live’ on the website: www.indianchessschool.com 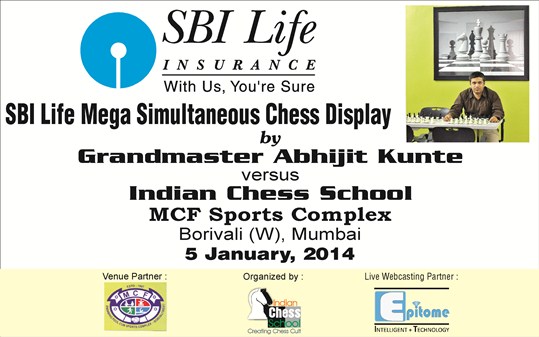