This is an open event without a minimum Elo requirement. It will be played under the Swiss system during 9 rounds with a time control of 90 minutes for the whole game plus 30 seconds increments from the first move.

The first six placed participants will qualify to the Absolute Argentine Championship, which will be played from August 24th to September 6th at Provincia de Chaco with 100.000 pesos in prizes.

In case of a tie for a qualifying spot, the following tiebreak criteria will be used: 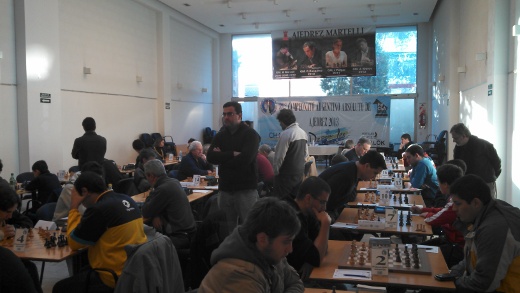 The playing hall during the second round