The 45th Rilton Cup Chess Festival is scheduled to take place from 27th December, 2015 to 5th January, 2016, in Clarion Hotel Stockholm, in Stockholm, the capital of Sweden and the most populous city in the Nordic region.

Dutch player GM Sergei Tiviakov returns to the Swedish tournament Rilton Cup – after 25 years. You can find a brief interview with him below. 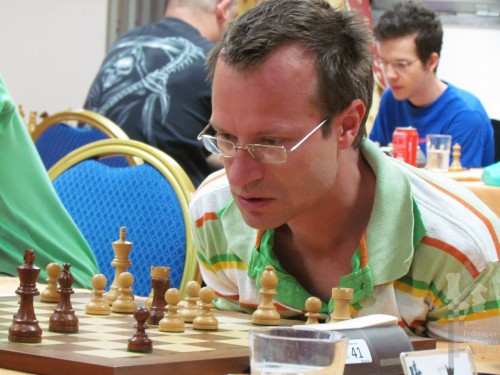 Welcome to Rilton Cup 2015/2016, exactly 25 years since your last visit in this tournament. What do you remember from that tournament?
ST: Then I just started playing in the tournaments abroad. And it was incredibly interesting for me to visit a capital of a new country. Still Sweden remains a relatively rare country for me with only 3 visits. About the tournament I don’t remember much besides sharing a room with a very  experienced Soviet GM Bagirov, from him I learned lot of interesting things about chess and chess players.

What can you say about swedish players? Anyone you know? Any own favourite among Swedish players?
ST: I know all Swedish chess players, incl. those I haven’t seen on chess board for a long time (incl. T. Ernst). Of course, U. Andersson remains my favourite player and whom I respect most.

So when you are in Sweden – shall we expect a Scandinavian Opening from you?
ST: Yes, I will definitely play it if I will have to play against someone choosing 1.e4

From this year Rilton Cup has Sofia rules – no draw offer before move 31. What do you think about that?
ST: I don’t like such rules, frankly speaking. Sometimes tournament situation requires a quick draw for tactical purposes in the tournament. Or to get a rest!