The Championship was played in 4 Groups, each being a 9-round Swiss event. 669 players took participation, which is a significant increase from the last year’s 633.

The main FIDE Open was limited to the players rated above 2200. Ukrainian Grandmaster Sergey Fedorchuk won the tournament in convincing fashion, leaving the nearest followers a full point behind. Fedorchuk took the first prize of 3000 EUR. 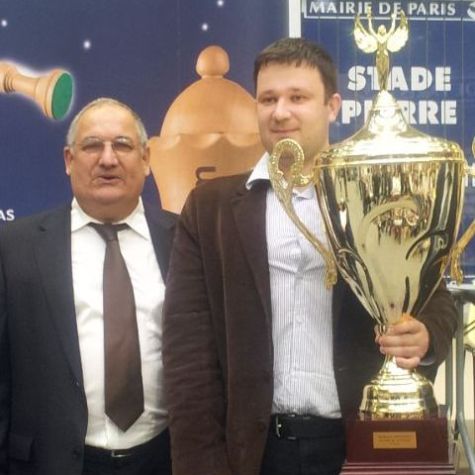 Sergey Fedorchuk with the winner's trophy

B Open was for the players rated between 1400 and 1900. Among the 285 participants Michael Hajage from France took the first place with 8 points. His prize is 1000 EUR.

C Open was reserved for the players rated under 1500. Alexandre Coulet (FRA 1440) won the top prize of 600 EUR by finishing clear first with 8.5 points. 119 players competed.