Sergey Karjakin has staged a miraculous comeback by equalizing the score in the 2015 FIDE World Cup final after being 0-2 down in the first two games.

Karjakin won the next two games against the former World Cup winner and his compatriot Peter Svidler to tie the match with the classical time control and reach the rapid tie-breaks. 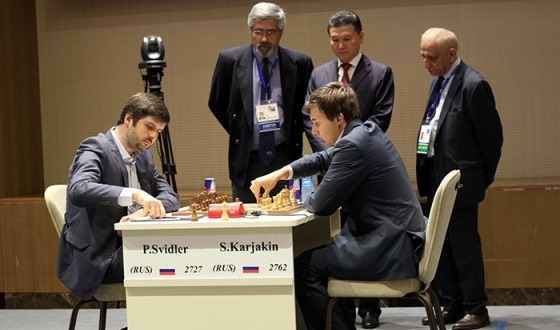 In the Queen’s Pawn opening the queens were exchanged as early as on move 6, but black had to concede the right to castle and white maintained some positional pressure.

Black pieces appeared to be misplaced, but white probably missed the best continuations and allowed his opponent to stabilize the position.

However, several more inaccuracies by black, in particular 44…Re8, and white obtained excellent winning chances.

Karjakin jumped on the opportunity, won a pawn and converted the advantage.

In the most exciting World Cup final ever all four games ended with decisive results. The tie-break with the quick time control is starting Monday 3pm local time. 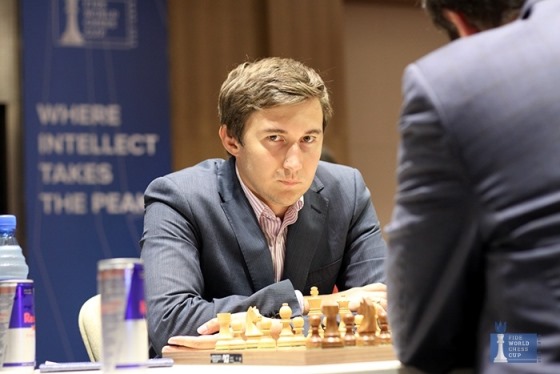 Full set of World Cup results and pgn files can be found on http://www.bakuworldcup2015.com/content/27

Photo gallery is available at http://www.bakuworldcup2015.com/product/79 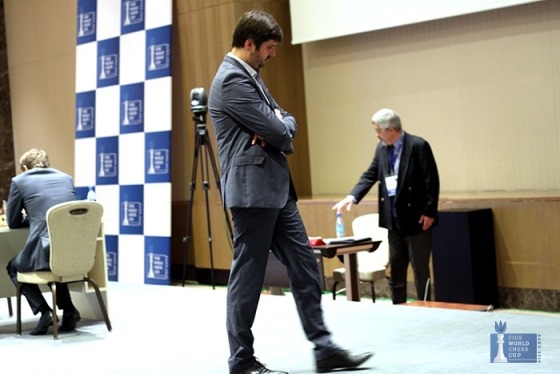 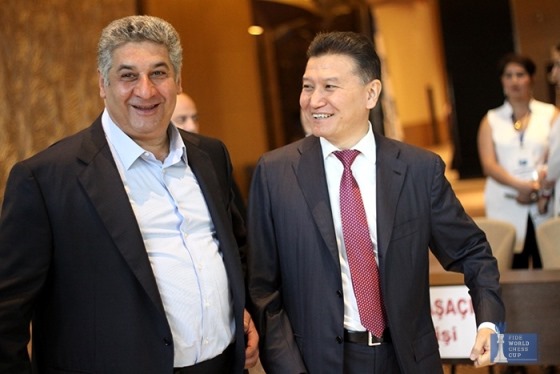 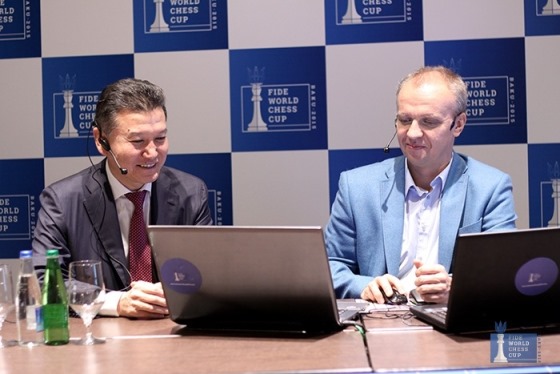 Kirsan Ilyumzhinov and Sergei Shipov in the Russian commentary room 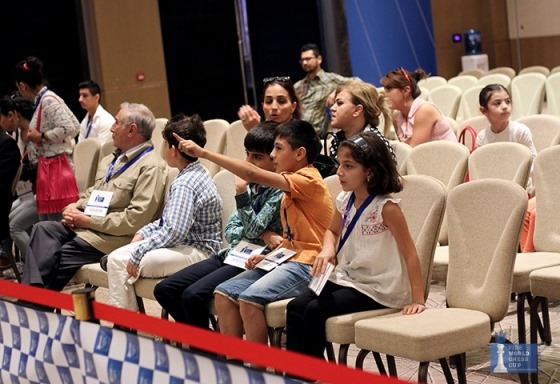 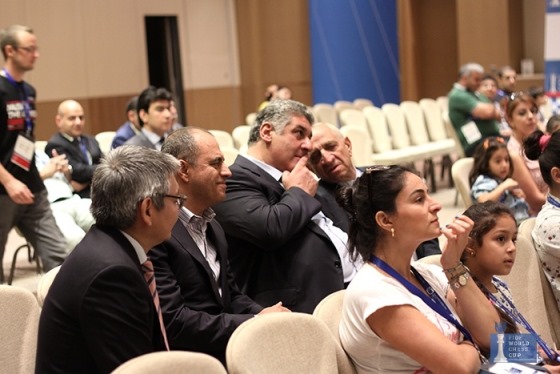 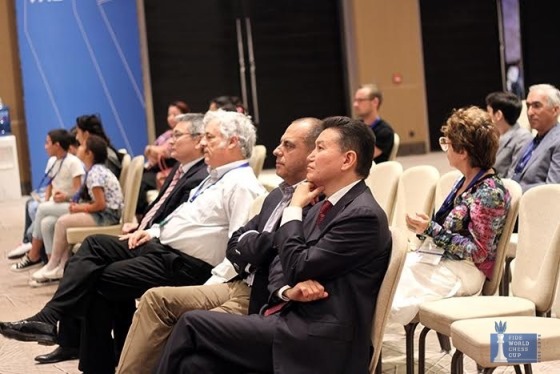