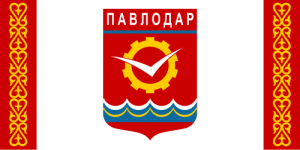 The Pavlodar Open 2014 took place from 1-10th December in Pavlodar, a city in northeastern Kazakhstan.