Chennai based ONGC employee Grandmaster Sethuraman S P maintained his sole lead with six and half points after splitting the point with Mikhail Mozharov in the eighth round of 2nd Hyderabad International Grandmasters Chess Tournament here at Kotla Vijaya Bhaskara Reddy Indoor Stadium, Yousufguda on Sunday.

Playing safe with white pieces in a Symmetrical English opening game, Sethuraman settled for half point with his Russian International Master rival by repetition of moves before the completion of mandatory twenty five moves.

Mozharov along with top seed Russian Grandmaster Ivan Popov, second seed Grandmaster Levan Pantsulaia of Georgia, Grandmaster Samvel Ter-Sahakyan of Armenia and Indian duo of Vidit Santosh Gujrathi and M R Lalith Babu are now at number two spot with a drift of half point from the leader. 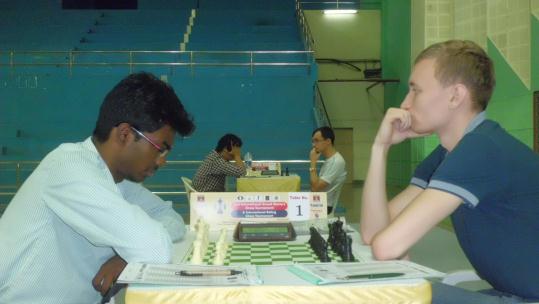 Sethuraman and Mikhail Mozharov in action

In the eighth round encounters, Popov and Vidit signed the peace treaty in 34 moves while Pantsulaia defeated Grandmaster Azer Mirzoev of Azerbaijan.

Even though the result was not in his favour, Balachandra Prasad along with Delhi teenager Prince Bajaj secured their maiden International Master norms as they completed the requirements for nine game norm irrespective of the outcome of their ninth round matches which is in progress at the time of report. 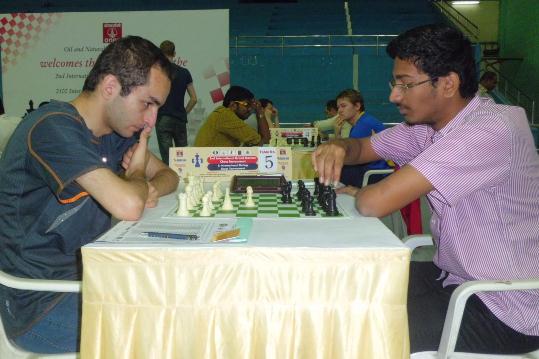 In the Category ‘B’ event which is being held simultaneously, Andhra Pradesh duo V Varun and Vishwanath Prasad are now sharing the pole position with six and half points. V Varun defeated Subramaniam S C of Tamilnadu while Vishwanath got better off state mate Ramana Babu B in the seventh round encounters.

Lakshmi Sandeep Naidu of Andhra Pradesh and Naveen S Hegde of Karnataka closely following the leaders with a drift of half point as they beat Vijay Anand of Tamilnadu and Smaraki Mohanty of Odisha respectively.

Eleven players including top seed Lokesh N of Tamilnadu are at third spot with five and half points. 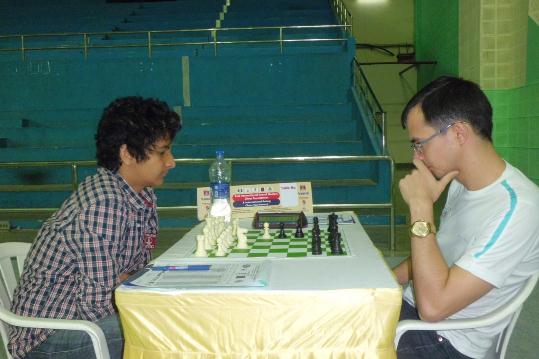 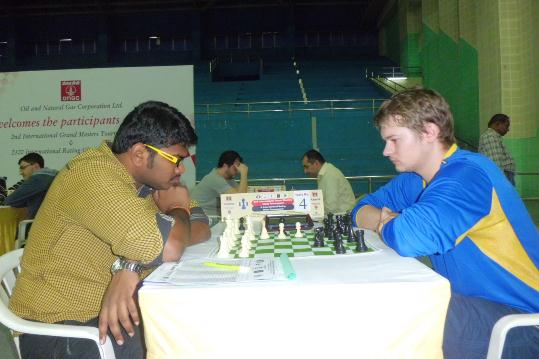 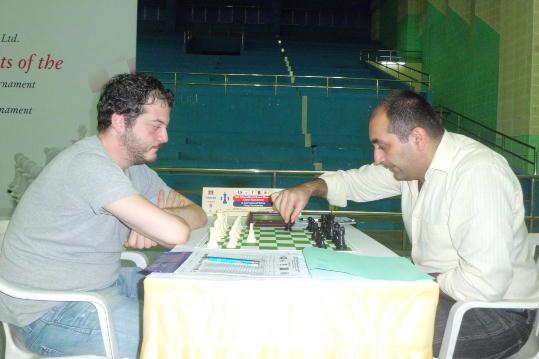 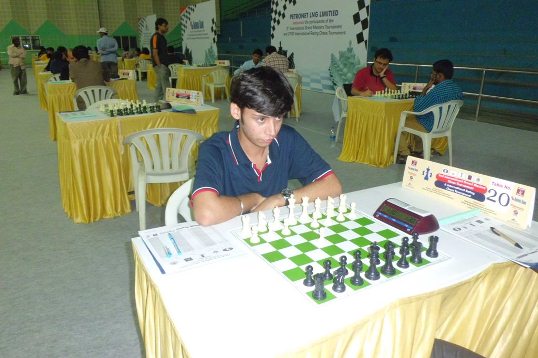