With just one round remaining, Grandmaster S P Sethuraman with eight points moved closer to clinch the trophy as he defeated compatriot Vidit Santosh Gujarathi in the penultimate round of the 2nd Hyderabad International Grandmasters Chess Tournament at Kotla Vijaya Bhaskara Reddy Indoor Stadium, Yousufguda on Monday afternoon.

Playing black side of Scheveningen variation of Sicilian Defence, Vidit got slightly advantageous position in the middle game but under extreme time pressure over looked the trap set by his rival to hand over full point to Sethuraman after 32 moves. 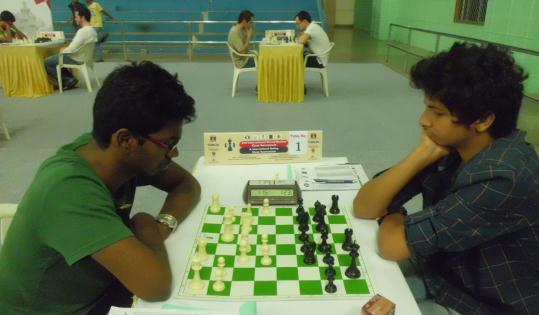 Top board battle between Sethuraman and Vidit Santosh Gujarathi

This crucial victory enabled Sethuraman to enjoy a half point lead over nearest rivals top seed Ivan Popov and second seed Levan Pantsulaia of Georgia before the final round tomorrow.

Russian Grandmaster Popov split the point with Armenian Grandmaster Samvel Ter-Sahakyan in the tenth round while Pantsulaia got better off young Indian International Master Karthikeyan Murali in a hard fought game that lasted 61 moves. 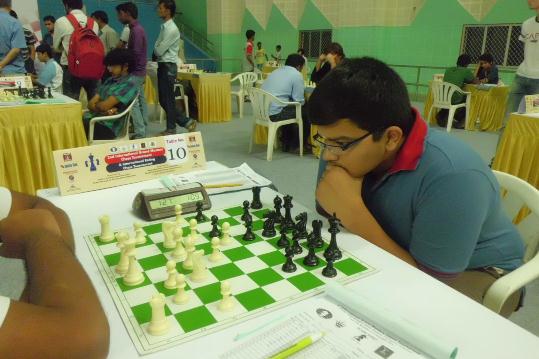 Earlier in the ninth round, Pantsulaia and Sethuraman agreed to sign the peace treaty while Popov outwitted Grandmaster Lalith Babu and Vidit got better off International master Mikhail Mozharov of Russia.

In the Category ‘B’ event which is being held simultaneously also heading for a close finish as after the penultimate round Naveen Hegde of Karnataka, Sammed Jaykumar Shete of Maharashtra, Andhra Pradesh duo V Varun and Vishwanath Prasad are leading the table with seven and half points.

In the ninth round Hegde and Prasad signed the peace treaty while Varun split the point with Tamilnadu lad Rathanvel. Shete got better off Fide Master Praggnandandhaa of Tamilnadu to join the trio at pole position.

Five players are at joined number two position with seven points and in the final round tomorrow morning, Shete takes on Hegde while Prasad and Varun paired against Rathanvel and Ramana Babu of Andhra Pradesh respectively.

Final round of both the categories will be played Tuesday morning and closing ceremony scheduled at 3 pm. 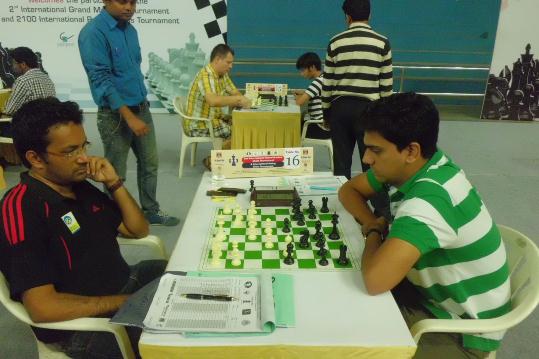 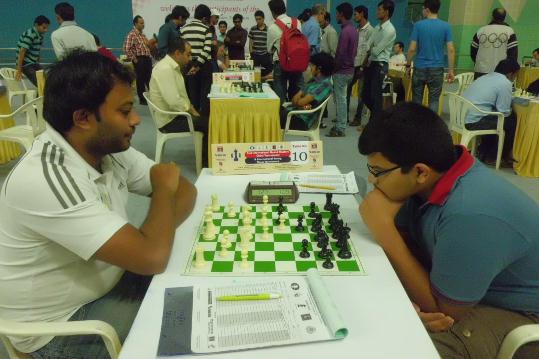 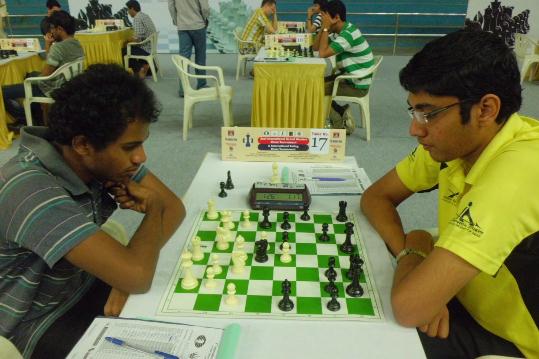 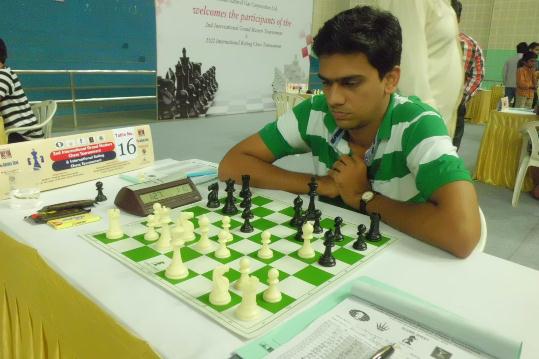