Sethuraman was a class act on Friday afternoon with white pieces against his Ukrainian Grandmaster rival in the Najdorf variation of Sicilian defence game as he put enormous pressure on his opponent territory in the middle game to post an emphatic victory in 60 moves. This crucial victory helped Sethuraman to take sole lead with five and half points. 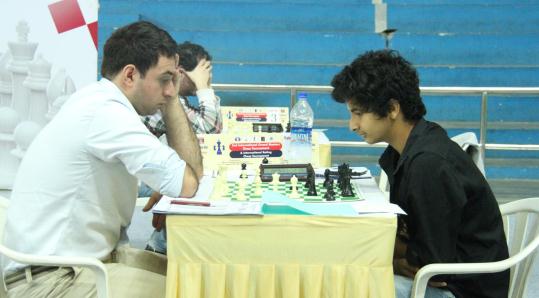 Top seed Russian Grandmaster Ivan Popov and Georgian Grandmaster Levan Pantsulaia are now occupying the joint second spot with a drift of half point from the leader. Playing black side of Meran system, Popov defeated Grandmaster Alon Greenfeld of Israel in 32 moves while Pantsulaia applied Symmetrical variation of English opening to beat Armenian Grandmaster Levon Babujian in 40 moves on third board.

In other important encounters in the sixth round, Indian Grandmaster Vidit Santosh Gujarathi signed the peace treaty with Grandmaster Merab Gagunashvili of Georiga while Lalith Babu forced to split the point with compatriot Deepan Chakkravarthy.

Seventh round of this eleven round Swiss system will be held on Saturday afternoon.

Meanwhile the Category B event which is being held simultaneously, 14 players including third seed Varun V of Andhra Pradesh are sharing the lead after the end of third round matches with perfect score.

In the third round Varun defeated Shaon Chowdhury of West Bengal while top seed Lokesh N suffered a minor setback in the third round as he forced to split the point with lower seeded Ameya Audi of Goa. 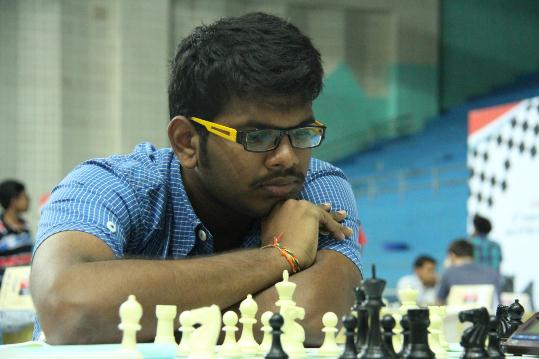 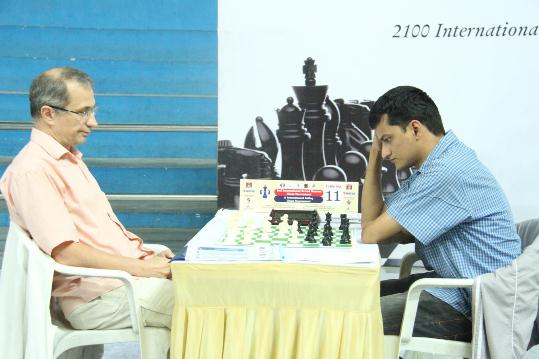 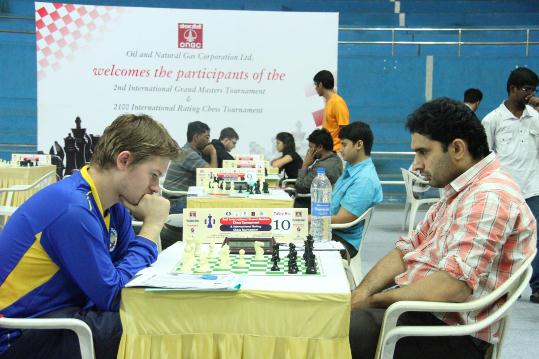