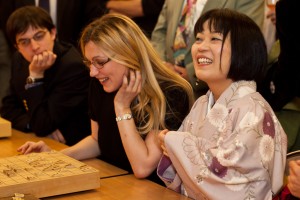 Multiple variants of the board game chess exist all over the world an one that is particularly attracting the attention of more and more chess players is Shogi, also known as Japanese Chess.

So what is Shogi and why does it attract the attention of the chess world? Shogi, Japanese chess, is a two-player strategy board game in the same family as Western chess, chaturanga, makruk, shatranj and xiangqi, and is the most popular of a family of chess variants native to Japan. Chess and Shogi have strong similarities both in the rules set and the logic. In both games the outcome is the result of the confrontation of strategical and tactical ideas, each player builds his own plan and attacks weaknesses in his opponent’s camp. You find kings, pawns, knights, bishops, rooks all set on a board.

Some pieces are also unique and don’t appear in the other game : queen for chess, gold and silver generals, and lances for Shogi. The aim of each game is to mate the opponent’s king. The Shogi board is a 9×9 board with a total number of 40 pieces. The main difference between the games relies in the captures rule: after each capture, the number of possible chess pieces is reduced, and this number remains the same during the entire shogi game. Yes, in shogi when you capture an opponent’s piece, it becomes yours, you keep it near the board and you can drop it later to bring new forces in your attack. This feature helps the number of possible moves increase sharply in Shogi, much more than in chess. 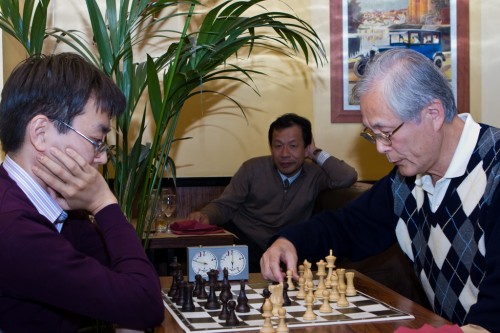 Drops give so many possibilities to the attacking players. Shogi really favors your imagination in chess, new ideas help you building new development and attacking plans. Yoshiharu Habu is the most successful shogi player in chess. In the Shogi world, his name stays at the top in the Shogi professional rating list for many years now. Just replay the chess game between the GM Peter K Wells and Yoshiharu Habu played during the Essent Open 2005. His victory over GM Peter G Wells is a perfect illustration of winning a chess game with an impressive Shogi style.

Agreed draws are not allowed in Shogi

Shogi has a simple solution for short draws. Agreed draws are not allowed because the shogi ethics don’t allow to offer a draw to your opponent. There are only a few drawing situations on the board : in amateur or professional tournament, there is less than two percents of drawing games. That makes Shogi tournaments very exciting, the chess strategy of drawing with black and winning with white has no sense in Japanese chess, you have to play all games to the end.

For more information on Shogi and Japanese chess, read the full set of rules in this Wikipedia article and the French Shogi Federation

Article by Eric Cheymol, president of the French Shogi federation 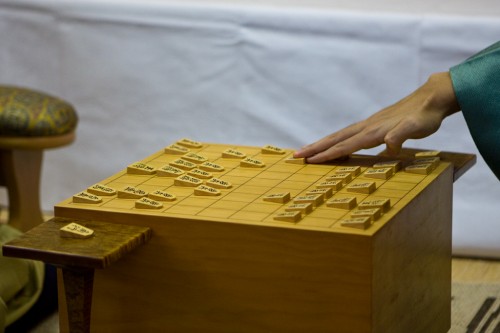