Norwegian Grandmaster Simen Agdestein won the 3rd Oslo International GM-Group after defeating his compatriot GM Leif E Johannessen in the last round to conclude the event with 7,0/9 points.

Agdestein is in excellent shape this summer, having dominated in Sant Martí Open and Telenor World Cup Blitz, and narrowly missing the title in Dieppe Open.

IM Benjamin Bok of the Netherlands made a GM-norm, while WFM Raghavi Nagarajan of India fullfilled her WIM-title by passing 2200 in Elo.

The Elo-group was won by Norwegian junior Jens Hjorth Kjølberg.

Tournament organizer Hans Olav Lahlum has announced there will be a new edition of Oslo Chess International in 2014, starting Sunday 28 September and ending Sunday 5 October. Playing venue and other details are expected to be the same as this year. 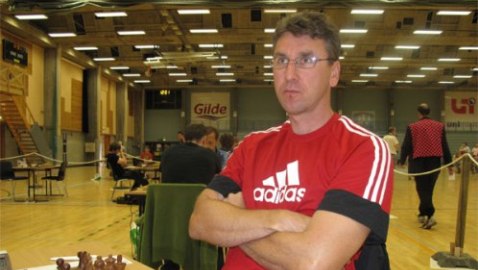