The 2013 Sinquefield Cup, which featured GMs Magnus Carlsen and Levon Aronian (top two in the World) and GMs Hikaru Nakamura and Gata Kamsky (top two in the U.S.) took place September 9-15 at the Chess Club and Scholastic Center of Saint Louis (CCSCSL). Among the lucky spectators that managed to visit the Sinquefield Cup was the active member of Chessdom / Chessbomb “RT“. He kindly sent an extensive photo report from the event.

The RT review covers the last round of the Sinquefield cup, the Saint Louis Chess Club, the World’s Largest Chess Piece, the atmosphere during round 5 and 6, the Lester’s Sports Bar, the main person behind the event Rex Sinquefield, and an unexpected meeting at the airport with Levon Aronian and Arianne Caoili.

RT asked Aronian if he thought the Sinquefield Cup lived up to European standards. “It was better,” he replied, “the Americans know how to put on a good show.”

Chess Hall of Fame across the street from St. Louis Chess Club. It has the World’s Tallest Chess Piece in front of it’s entrance 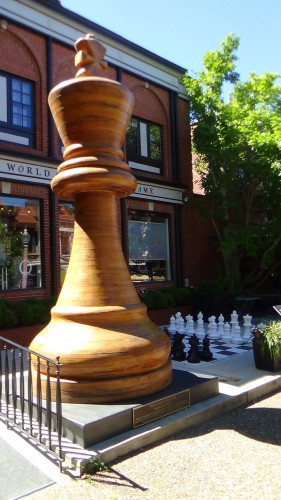 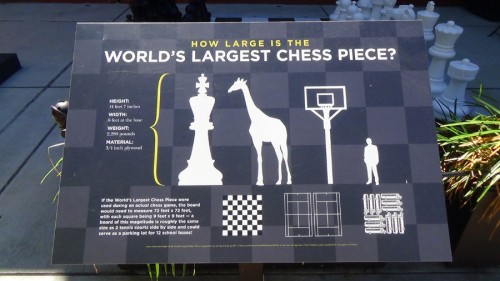 Placard for World’s Tallest Chess Piece. 14 feet and 7 inches high, it is taller than a giraffe. If the piece had to be used on an actual board, the board would need to measure 72×72 feet, or roughly the size of two tennis courts! The board could serve as parking for 12 school buses.

All is ready for the penultimate round

And the central battle is of course Nakamura – Carlsen 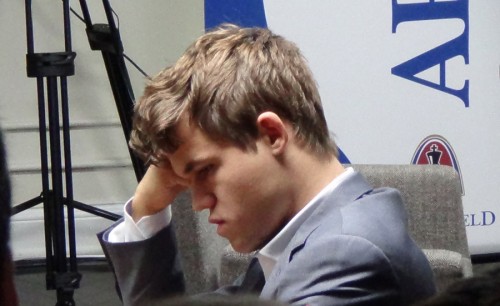 While Carlsen is contemplating his move….

…. his father Henrik is giving interview outside the playing area

The last-round in progress 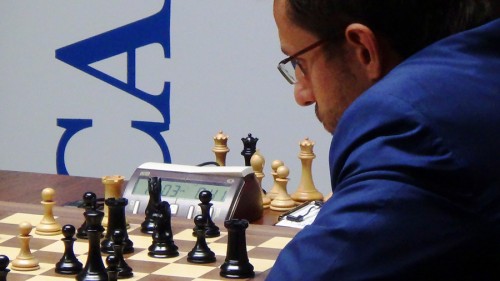 Aronian in an attempt to go home with something more 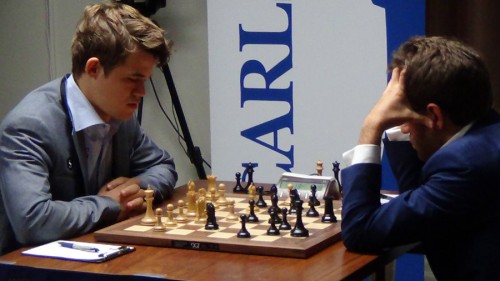 Instead, it is Carlsen who gets a chance for a full point

Kamsky is focused on trying to win at least one game 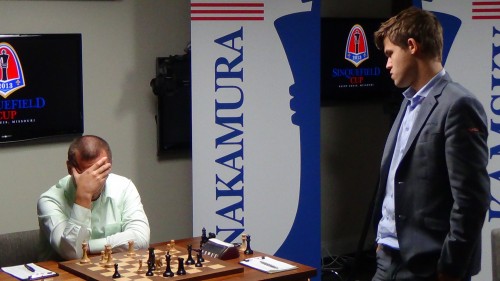 Looks like all I need is a draw, thinks Carlsen 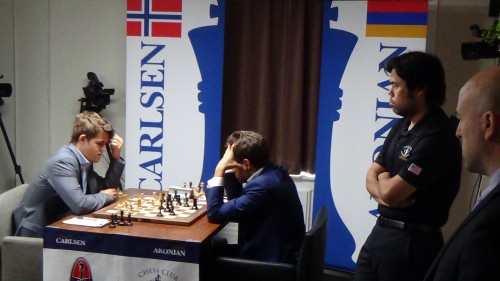 Nakamura and TD Chris Bird watching Carlse-Aronian in Round 6 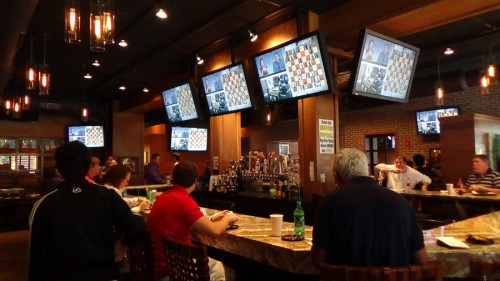 Lester’s Sports Bar next door, which was fascinating seeing all 12 big screen TVs tuned to chess 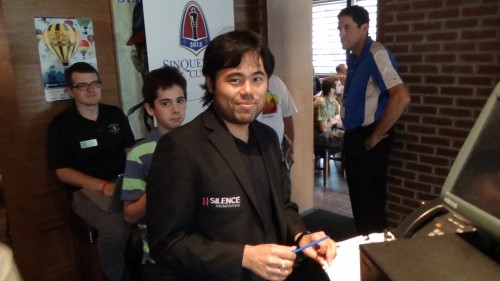 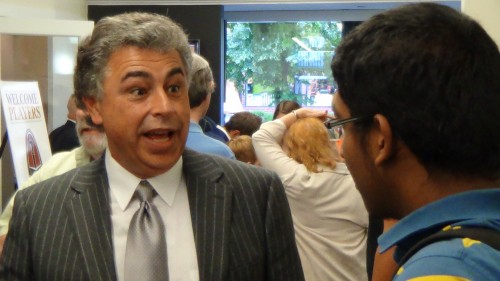 Seirawan was always in good spirits 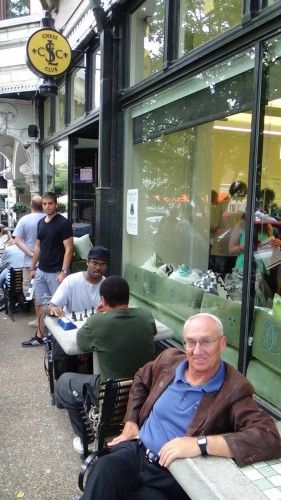 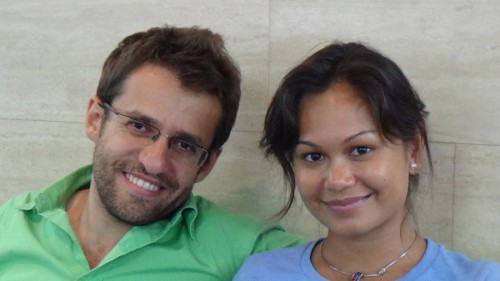 Finally, a stroke of luck. I happened to run into Aronian and Caoili at the St, Louis airport and had a half-hour to talk! They were both extremely open and friendly

All photos by RT