After five rounds have passed, six players share the lead on 3.5/5 points in the main event. This rather low leading score shows how evenly strong is this year’s field.

Rating favorite GM Grzegorz Gajewski fell on the first round against IM Jan-Krzysztof Duda, but was able to recover with three straight wins and a draw. He will play against 2011 Junior World Champion GM Dariusz Swiercz in the sixth round. 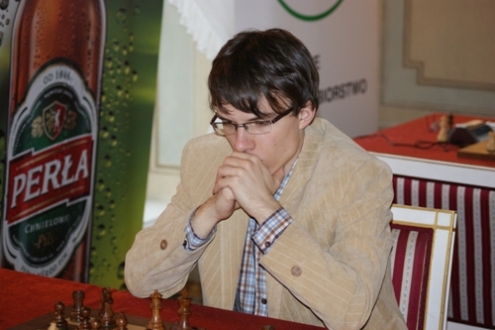