After seven rounds SK Sparkasse Jenbach is leading the race with perfect 14 match points – seven victories, zero draws, and zero defeats. Second place in the current standings is for SK Advisory Invest Baden with 11 MP, while third is SK MPÖ Maria Saal is third with 10 MP.

With four rounds remaining the race for the medals will be a heated one. You can follow the latest news and the Austrian Bundesliga live games at the official website.

The current leader of the Austrian Bundesliga, SK Sparkasse Jenbach, is the second seeded team of the competition. It has average ELO of 2608 and is composed of GM Andrei Volokitin, GM Christian Bauer, GM Robert Markus, GM Philipp Schlosser, GM Peter Acs, GM Uwe Bonch, GM Klaus Bischoff, and IM Oliver Lehner. Surprisingly, current top scorer of the team are the last board IM Oliver Lehner with 5,0/6 and also GM Philipp Schlosser with 5,5/7.

SK Sparkasse Jenbach has reached the perfect 7,0/7 match points with very solid and effective play. 43% of the individual encounters are wins, 47% of the games played are draws, with just 10% draws.

As usual, behind every large sports success, there is a strong sponsor. In this case is the http://www.medienlb.de company, a market leader in Germany, working with over 40,000 schools, 678,100 teachers and 9,727,000 pupils in the country. Having more than 250 DVDs covering all major school subjects including chess aimed at primary school level, MedienLB is soon to be expected to enter the international market as well. 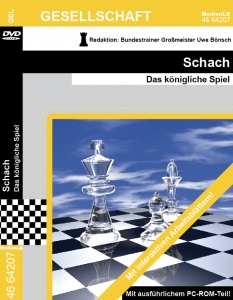 One of the DVDs of MedienLB 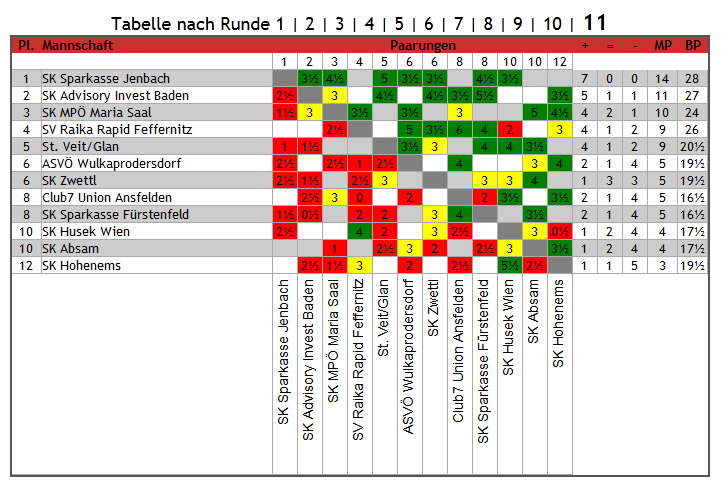