In the Iberoamerican Championship, the former champions Bruzón and Granda are in first position, after Vallejo, who was the favourite, ended with in a tie in his game.

In tomorrows resting day, the champions of the Masters Final will face the difficult challenge of winning school student of 12 years old.

8th Bilbao Masters standings after Round 3:

6th Ibero-American Championship standings after Round 4:

The third day of Bilbao Chess 2015, which is the last one before tomorrows resting day, has closed in the Final of Masters with a tie between the Dutch Giri, and the Chinese Ding on one hand, and between So and Anand on the other hand. With this last results So keeps being the only one ahead with only three remaining day for the end of such competition, while in the Iberoamerican Championship the six favourite players are already way ahead of the rest, although the two champions of 2006 and 2008, Bruzón and Granda, are in the lead position and have manages to be the only players that have win 4 of their games.

In the most important match of the day among the Final of Masters, the Philippines origin American and the Indian have fight over the title of provisional lead position. In this match So played with white pieces, and Anand has achieve to tie, because of this So keeps for now his first position in the ranking, although Anand keeps being his shadow two points behind, keeping his good rhythm and with no signs of discouragement after having accomplish three ties in other matches.

The twenty year old So- who is one of the most talented chess masters of the worlds elite as today’s world champion, Magnus Carlsen, has stated- has had a different afternoon that the usual point seeking, in which he has had to change his normal strategy and way of playing in order to get a complicated victory against Anand, a player that never misses the opportunity to attack his opponents strategies when they are disproportionate.

In his other game, and after a couple of mistakes on Ding´s part that have cost him a few pawns, which is a lost that he has been able to recover from, the match has been extended for quite a long time. So for hours the chessboard has been a witness for the strong tactics made by Giri´s pieces in order to trying to defeat the Chinese’s strong defence. Despite the catastrophic error on the Dutch part, the end of the match could only be foreseen as the Russians victory or as a tie. For the match going one way or another, it would be decisive not only position and the quality of the remaining chess pieces on the beard, but also the physical and psychological fight against the two players. Finally, after almost six hour into the game, a tie has been the ending score.

With these results, So still leads the classification with 5 points, followed by Anand and Giri who have three points, and who are at the same time followed by Ding who has 2 points. However Bilbao´s rule, which is the denomination for this tourney score system, gives 3 points for winning, 1 point for a tie, and 0 points for loosing, and this system makes possible the score to vary a lot from one day to the next depending on the next round.

In the Iberoamerican Individual Championship, the Spanish Francisco Vallejo, who is the big favourite, has found his first stumble and had tie with Fier, the fierce Brazilian who also aims for the title and whose saying and strategy is “the best defence is a good attack”. This strategy is so far helping the Brazilian to get good scores, and had been a necessary ingredient to get to ties with today’s rival, as well as with the current Iberoamerican Champion, the Paraguayan Axel Bachmann, and the world young 16th runner up Argentinian champion Alan Pichot, who with today’s victory is back on track after the ties he went by yesterday that made him lightly stumble.

However, after tomorrows resting day, and until the last session on Tuesday 3rd of November, the Swedish competition system that pairs up the elite that this six great Latin-American players have formed, will lead to direct confrontational games against themselves, and in which any result is possible.

In tomorrows resting day, the four Champions of Masters Final will not have the opportunity to relax completely, because leaded by Anand, they will all face a game against 12 and 14 year old kids who will have the chance to win against them. The game will take place in Begoñazpi School, which is the first school in the Basque region that introduces chess as a class in their academic curriculum program. 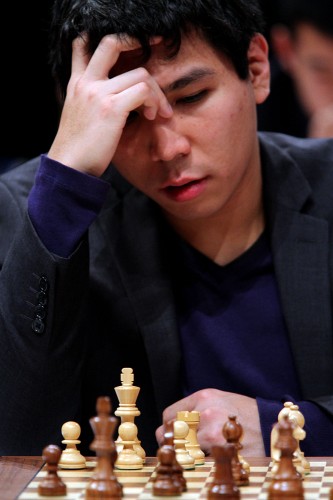 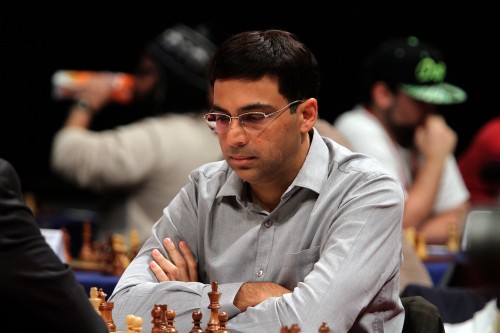 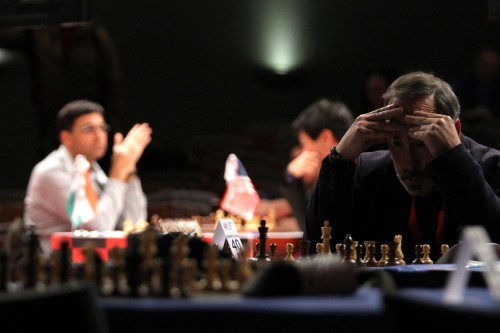 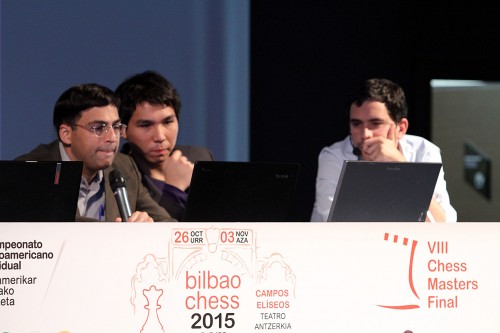 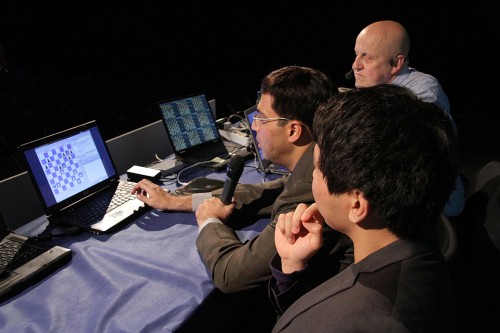 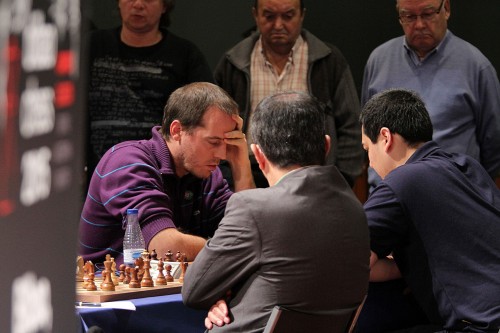