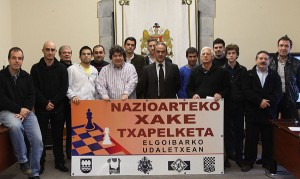 The Spanish rapid chess championship will have a similar schedule to the ongoing European Rapid Chess Championship. A total of 159 players will participate, with over 50 of them titled GMs, IMs, WGMs, FMs. The event will take place in Barcelona this weekend.

Round 1 results and report

Campeonato juvenil Sudamericano takes place 17-21 December in Lima, Peru. The event will be daily with full coverage on the national television of Peru and will include large participation from the whole continent.

Full information about the event here

Zadar Open Round 8
Brazil Chess Championship Round 7
To Top