The third round of the Russian Teams Championship saw SPb Chess Fed and Malakhit keep a perfect performance after beating their rivals with rather impressive scores.

The team from Saint Petersburg defeated the leaders from Kazan 4.5-1.5. The rating differences told this time, as both lower boards finished in favor of the heavy favorites in the match. The third win for them came in board 2, where Gibraltar winner Nikita Vitiugov beat Artyom Timofeev with the white pieces.

Malakhit put forth a line-up with five members from the 2700-club; this was enough to get a 4-2 win against the Economist-SGSEU. Candidate Alexander Grischuk obtained an important win with black against his strong compatriot Alexander Morozevich. To secure overall victory, Shakhriyar Mamedyarov defeated Evgeny Tomashevsky. 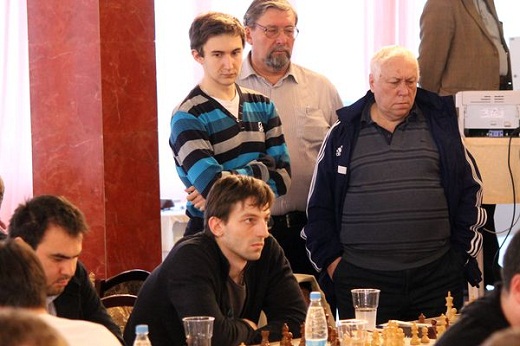 The women rested on Tuesday.