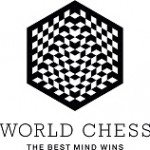 World Chess and FIDE are pleased to announce The College, a breath-taking historic building in the heart of London as the venue for the FIDE World Chess Championship Match 2018.

The 10,000 square foot space in Holborn will host 400 people each day to see Magnus Carlsen defend his world title against US challenger Fabiano Caruana. The much-anticipated match will be held in London from 9th to 28th November.

Ticket prices range from £45 to £100, with over 4,500 fans already registering for pre-order on TicketMaster and worldchess.com. All ticket holders will automatically receive premium digital access to the whole tournament and will be able to follow the games live as if they were in the room with the Grandmasters.

The organisers, with the ambition of making chess one of the world’s most popular spectator sports, are curating a phenomenal experience for fans coming to watch the games live: a dramatic venue, limited edition merchandise and the opportunity to meet the Grandmasters. Spectators will also be able to view the after-game press conferences and listen live to commentary by the world’s biggest chess stars and experts.

Ilya Merenzon, CEO, World Chess, said: “We know there are millions of chess fans in the UK – this is their chance to witness a battle of the world’s greatest minds. There will also be an influx of Norwegians heading to London to support Magnus. You’ll be hearing a lot of Norwegian accents in Covent Garden in November! The fact that an American is playing, for the first time in almost 50 years, will certainly make it a must-watch clash in the US!”

Those following the games online will also be catered for; they will be able to watch the moves for free on worldchess.com, the official broadcasting platform. They can also sign up for a $20 premium account, giving fans access to multi-camera views, commentary, behind-the-scenes footage, the opportunity to ask questions during press conferences and more. A portion of the digital revenue will be set to aside increase the prize fund from a guaranteed EUR 1,000,000.

The 2016 Championship took place in New York with the total audience for the event reaching a record-breaking 1.5 billion people. For the first time in decades, the World Chess crown may return to America in 2018 after Brooklyn-born Caruana won the Candidates Tournament in Berlin and earned the right to fight Carlsen for the Championship title.

The College provides an appropriate venue for the pinnacle of the world’s oldest game – its retained a number of authentic Victorian features including furnishing, marble reception areas and a show-stopping glass-dome roof.