Azerbaijan Chess Federation and FIDE will sign the sponsorship contract for the Candidates Tournament in London, e3e5.com reported.

The contract will be signed on 3rd April at the Hilton Hotel in Baku.

The ceremony will be attended by FIDE President Kirsan Ilyumzhinov, head of AGON Andrew Paulson, Azerbaijan Minister of Youth and Sport Azad Rahimov, President of the Chess Federation and Governor of the Central Bank Elman Rustamov, President of SOCAR Rovnag Abdullaev.

Few days ago FIDE announced that the Candidates Tournament has been scheduled for March 2013.

Extratime.az explains that two separate contracts are signed. One is between FIDE and the Azerbaijan Chess Federation on long-term strategic cooperation in the development of chess and education. The contract also mentions that Azerbaijan will host the major international tournaments and stages of the FIDE Grand Prix.

The other contract was signed between SOCAR and AGON. This contract details the sponsorship and all the nuances for the Candidates Tournament in London. 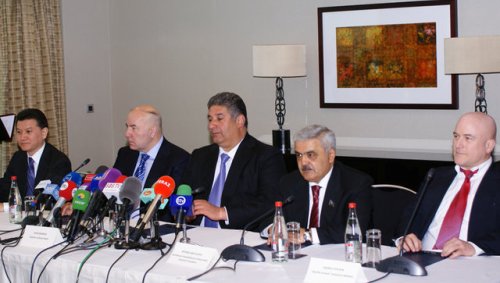