SE: What is your assessment of the departing year?

AF: I am a perfectionist and always strive for the best possible outcome. I want Russian grandmasters to win all competition they play. Unfortunately, it just never happens in sport, and this is why we love sport.

All in all, this was a wonderful year for Russian chess. Two players from our country utilized the very last chance and qualified for the Candidates tournament – Karjakin won the World Cup, and Svidler was the runner-up. Tomashevsky and Jakovenko won two FIDE Grand Prix tournaments. Grischuk, Kramnik, and Nepomniachtchi won medals of the World Rapid and Blitz championships.

Our women’s team finished second at the World Championship and won the gold in Europe. Russian men’s team also won the European Championship. I think no other country can boast such a rich collection.

SE: It has been 8 years since the last time when our men’s and women’s team won both European championships…

AF: Our men can be the strongest, we just need to find the right chemistry. You know, chess is a very individual game. And in team competitions one needs to give away not only all energy and knowledge, but also a small part of one’s soul – for example, helping a teammate who can become your main opponent in an individual event next week.

We did not manage to do it at the Chess Olympiad in Norway or during the World Championship in Armenia, while in Iceland we finally found the right team chemistry and won the event rather smoothly.

Now we need to repeat the success at the Olympiad in Baku. This is something we miss for complete satisfaction.

SE: This year our teams obtained an official sponsor, for the first time in history. You managed to attract a well known energy company – FGS UES.

AF: Yes, and this is a big deal. The Chairman of FGS UES Andrey Murov is a big chess fan. He organizes Botvinnik memorial tournaments for his employees, and he loves and understands the game.

The fact they chose to support us will be of a great help financially and is a big boost to morale. We will do everything to bring more fame to our sponsor to make this deal a model example for other corporations. I have always said that chess is a unique way to advertisement, especially effective during love broadcasts that are followed all over the world. For instance, the latest Women’s World Championship is Sochi was followed in more than 200 countries. In my opinion, this is a very serious number. 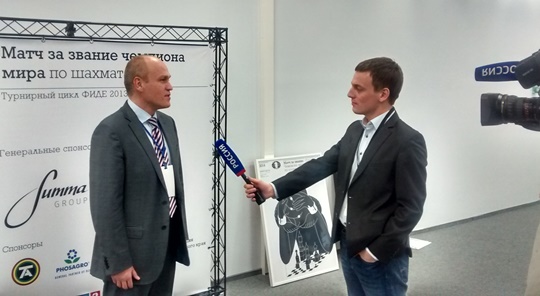 SE: You suggested Kirsan Ilyumzhinov running for presidency in FIFA. Now he is in a U.S. sanction list.

AF: This did not change my opinion of him: Ilyumzhinov is an excellent manager. He defeated corruption in FIDE. FIFA is now completely disorganized. If Kirsan Nikolaevich decides to run, he will play for a win, and he knows what he’s doing.

U.S. sanctions? Ilyumzhinov already filed a lawsuit, and who knows who wins it. It is simply wrong when a state institution interferes with an international sports association. So I am still confident Ilyumzhinov can be a good leader for FIFA. And chess will become more popular along the way. 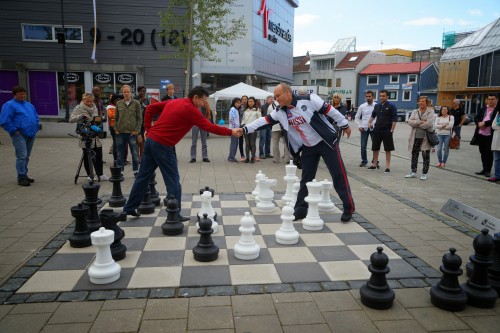 SE: What kind of help brings you the RCF Board of Trustees, filled with many respectable businessmen, sport stars, and famous artists?

AF: Million thanks to Dmitry Peskov. He did a great deal of work at popularizing chess. Million thanks to Sergey Sobyanin, who started the renovation of our club on Gogolevsky boulevard. It will be re-opened in spring.

We are planning to sign a contract with the conservatoire, to organize a monthly concerts of classical music for chess fans. And our victories would not be possible without partners of the federation – PHOSAGRO, Charitable Foundation of Elena and Gennady Timchenko, Chess Art Fund, ART RUSSЕ, TASHIR, Oleg Skvortsov. I am very thankful to all of them.

SE: Last year a poll of more than 200 sports journalists named you the sports manager of the year. You outperformed many big names, such as Mutko, Galitsky, and Chernyshenko. This year RCF has even more achievements. Do you believe you can win again?

AF: I do not become too excited about achievements of this kind. This is journalists’ decision; they see our work from the outside. The most important thing for me is that the Russian chess school should remain the strongest in the world.

Now it is very important to launch a weekly chess show on the federal sports channel Match TV. It must be interesting even for a bystander, showing not only games and variations, but also everyday life of grandmasters. And, of course, I want to bring chess lessons for kids back on TV. This could potentially bring us to a completely new level.