From head to toe, from left to right, up and down and back again…the body, mind and soul of the 32 chess players have been worked out beyond their comfort zone in these hectic seven days spent in Beijing. As the plot thickened, after the Rapid and Blitz, the Basque event brought new and newer challenges, but once again, China and Russia came up roses! Congratulations to Hou Yifan and Ian Nepomniachtchi for their remarkable mental and physical efforts!

To top it all, the techniques and strategies learned the hard way over the years went up in the air in the Basque race, leaving the Grandmasters with serious questions on both: the boards and the ticking clocks. So far no other chess tournaments had been able to avoid wear and tear like the “double simul” event just did, a competition where one could give eyeteeth to at least remember the last move of his opponent! If you believe this should be a piece of cake for these genius minds, we would agree with you, to some extent.

But when the head has to be split in two, dividing the attention on two clocks and two boards and two different colour of pieces, when the seconds are vanishing in thin air, when the chairs cannot physically keep up with the speed of your thoughts, when the hand simply hesitates to make a move and when you do it all for the medals at stake…all of this could drive one out of his mind. Just that chess players are a different species, proving it is humanly possible to juggle with all of it! 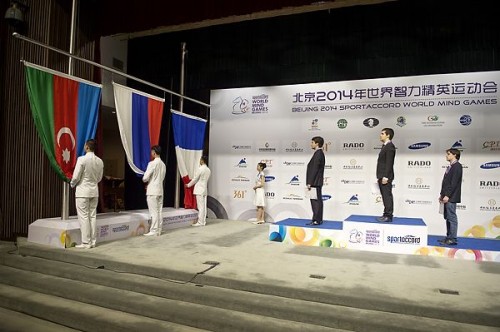 Triple Russian flag and anthem! Rapid, Blitz and Basque – Russia has it all
(photo: Vianney Thibaut)

The Basque-event was essentially a one-man show. Ian Nepomniachtchi was leading from start to finish and never let anyone come close. In his 4th round match against Pentala Harikrishna he won a model game with the white pieces. In the diagrammed position White has a decisive positional advantage already but the way Ian fnished off is instructive: 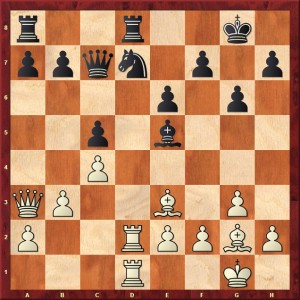 22.Qa4 Nf6 23.Qb5! and that’s it. One of black’s queenside pawns will now fall and the rest, as they say, is ‘ technique’.
Harikrishna overpressed in the 2nd game, got his king rounded up in a mating web which resulted in a 2–0 win for Nepomiachtchi.
1–0

His 2–0 victory in round 4 ensured Ian a 1,5 lead over number 2: Maxime Vachier-Lagrave. A draw would therefore suffice for the Russian to secure the gold. The match was rather even and eventually ended peacefully – the only match that Nepomniachtchi did not win. Your commentators where impressed with: 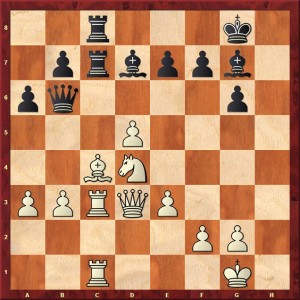 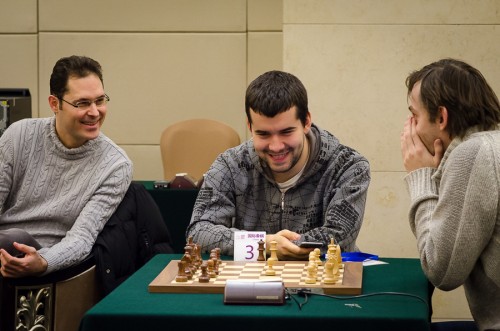 In good spirits before the tournament; Grischuk and Nepomniachtchi
had no idea what Caissa had reserved for them!

The day got even worse for Harikrishna when he also lost 2–0 against Radjabov in round 5. That suddenly propelled the Azeri grandmaster to the 2nd place, right in the moment we were ready to call MVL “Mr. Silver”! The following finish can go straight into the textbooks: 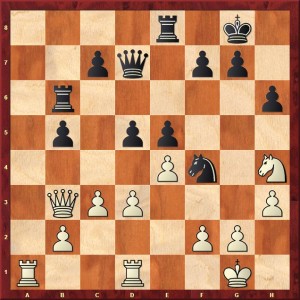 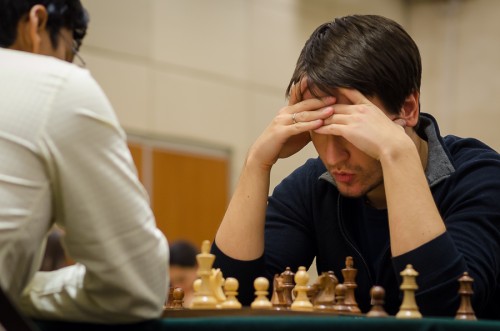 No triple silver for MVL – Teimour Radjabov in 2nd place 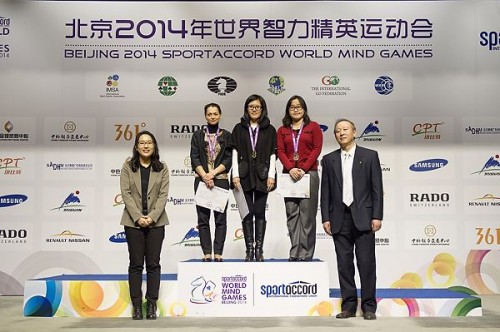 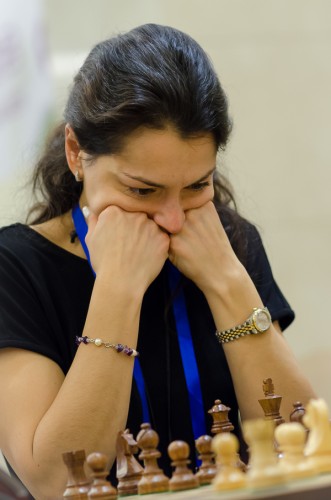 A very good day for Alexandra: silver medal, after defeating Zhao Xue with 2-0!

The matchup between the former and current women world champion was a final the spectators could only dream of! And a thrilling final it was indeed! In game 1 Hou Yifan was better throughout but Humpy Koneru was defending stubbornly. Eventually the Indian grandmaster succumbed under the pressure: 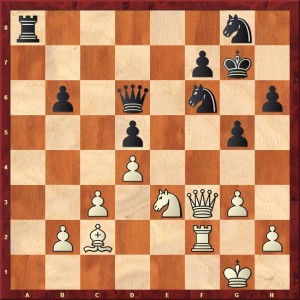 However, on the other board it was Humpy calling the shots. In the diagrammed position she has just given up her extra pawn in order to set her b-pawn in motion: 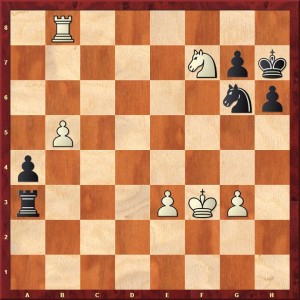 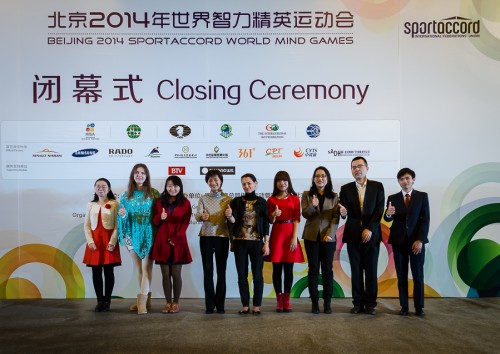 The Ambassadors of the Mind Games gathered for the group shot 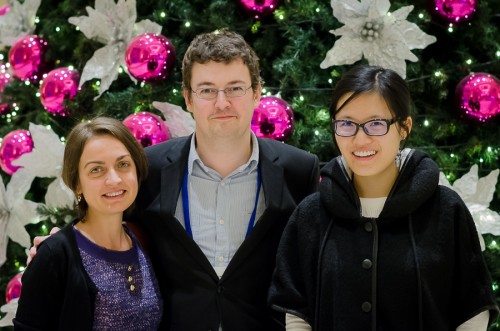 The winner and your commentators, Erwin and Alina l’Ami, looking forward to celebrate Christmas

Regretfully, but quite in time for the overstretched body and minds of the chess players, the SportAccord World Mind Games came to an end, not without bringing a lot to chess and its players. For one week, the Olympic stadium looked over the shoulder on our boards, making with its near location and together with the prestige of the Mind Games, all of us feel as true Olympians! Playing in the summer season or in winter time…we don’t mind either; but we do know that chess has proved to be suitable for – TV!