The 80th edition of the Tata Steel Chess Tournament has started today. The jubilee event has a strong field of participants, which should yield exciting and surprising matches.

The only two grandmasters ever to win the tournament five times, world champion Carlsen and his predecessor Anand, are both participating. The latter has just won the world rapid championship. The world’s strongest female grandmaster, Hou Yifan returns to Wijk aan Zee this year. 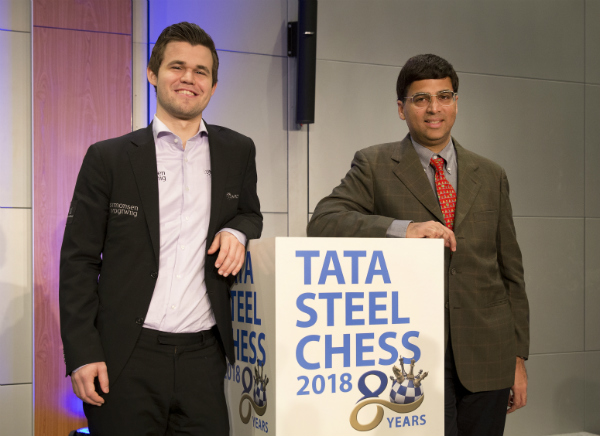 Other participants include Aryan Tari, the new junior world champion and fellow countryman of Carlsen, reigning European champion Maxim Matlakov and his fellow countryman Peter Svidler. The latter has recently won the Russian championship for the 8th time, a unique record.

In all, six of the world’s top 10 players are participating in ‘the Wimbledon of chess’, among which the numbers two and three, Caruana and Mamedyarov. 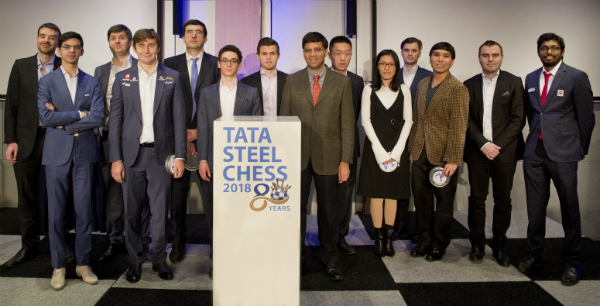 Theo Henrar, chairman of Tata Steel Nederland: “The 80th edition is extra special, since our company is also celebrating its centennial this year. Not only the chess tournament, but also our steelworks are inseparably linked to Wijk aan Zee and the IJmond region. Without cooperation with and support from the region we would not have become such a successful high-tech steel company”.

Steel and chess: creativity and innovation

The Tata Steel Chess Tournament has a long tradition. Starting as an employee tournament, it has grown into an international tournament of world class renown, for which grand masters and amateurs alike will clear their diaries. Tata Steel has chosen for chess, because chess entails strategic thinking and focuses on finding creative solutions for complex issues. Tata Steel has that very same focus. Steelmaking is a high-tech process with a crucial role for innovation. Tata Steel employees are continuously and relentlessly working on finding clever solutions to improve processes and products. That is how Tata Steel is able to provide top products to its customers, allowing them to distinguish themselves in their markets. At the same time Tata Steel contributes to creating a sustainable society through its product and process innovations.

For info about the Tata Steel Chess Tournament, go to: www.tatasteelchess.com.