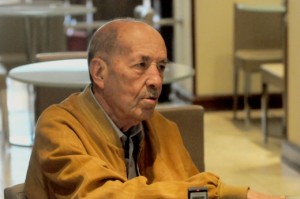 It is well known that differences emerged at the last meeting of the Presidential Board held in Athens in March.

Firstly, and in order to clarify, I should like to inform you that the subject of Mr. Ilyumzhinov’s resignation as President of FIDE was never on the agenda or proposed by any member of the PB during the meetings, it was Mr. Ilyumzhinov who mentioned it on three occasions at the first meeting and in the second, which took place behind closed doors, announced on more than one occasion that he was resigning the Presidency in the midst of a very strong emotional crisis.

I can reiterate that what triggered this crisis was not a request by the PB to abandon the position of President but a proposal of Mr. Ilyumzhinov regarding AGON, the company to which FIDE has granted the rights of execution of the events of the World Championship Cycle, which was overwhelmingly rejected by the Presidential Board.

Due to the importance of the situation, FIDE published the news in its web page but this was denied by Mr. Ilyumzhinov who said that he did not sign anything and described it as false news in some media. In this regard, Mr. Makropoulos clarified what had happened in a letter, adding that everything could be verified as PB meetings are recorded.

Afterwards, innumerable articles have been published that are impossible to comment on. The only thing I can say is that neither the USCF nor any former FIDE Presidential candidate has been involved in this matter and that Mr. Nigel Freeman, Executive Director of FIDE, only fulfilled the duties inherent to his position.

As an antecedent to this unpleasant situation, it is worth remembering that as a result of the sanctions imposed on Mr. Ilyumzhinov by the Department of the Treasury of the USA he passed all the functions inherent to his position to the Deputy President, Mr. Georgios Makropoulos, in a meeting of the PB in December 2015 to avoid those sanctions affecting FIDE.

An extraordinary meeting of the PB has been convened for April 10 in accordance with the powers of the Deputy President.

Without diminishing the support and contributions of Mr. Ilyumzhinov to chess and FIDE all these years, which we must recognize and thank him, it is undeniable that the sanctions imposed limit potential sponsors to support FIDE events.

We must all be aware of the decisions taken at the next meeting of the PB that I hope it will clarify once and for all the current situation.