Stavanger cannot hold the 2018 FIDE World Championship Match because AGON insists that only capital cities are appropriate for such event, Chairman of “Norway Chess” Kjell Madland stated for aftenbladet.no.

However, AGON has proposed and “Norway Chess” is seriously considering the possibility of holding the FIDE World Rapid & Blitz Championships in Stavanger, either in 2017 or 2018.

Kjell Madland said that AGON has recognized the good organizational record of “Norway Chess” and that quick action is required if Stavanger is to secure the event before Christmas. 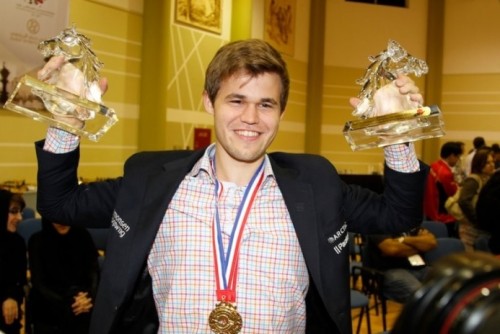 Stavanger Mayor Christine Sagen Helgø appears to be delighted with the idea. She has already informed the Norwegian Culture Minister Linda Hofstad Helleland that Stavanger would submit an application, and hopes that the State will help in financing the festival.

Christine Sagen Helgø highlighted that the major chess event with more than 200 guests would produce great income for the local tourism businesses during Christmas, which is otherwise dead season.

As Chessdom already reported, Oslo is preparing a bid for the 2018 FIDE World Championship Match. President of the Norwegian Chess Federation Morten L. Madsen confirmed for dagbladet.no that the application will be submitted by the end of January.

Japan and Singapore are also interested in World Chess Championship 2018