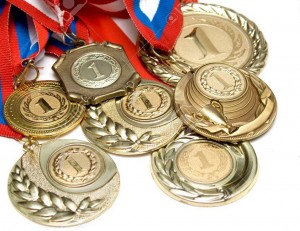 Stockfish continues to dominate computer chess after defeating LCZero at the Superfinal of Season 14 of the Top Chess Engines Championship. This is a fourth consecutive title for the open source engine – after winning Season 11 of TCEC last April 2018, Stockfish never let go the title.

Note: TCEC Season 15 starts this March 4th, you can watch it on the official website or at TCEC Chess TV

Bright start at the Premier Division

Defending its title by Stockfish in Season 14 started in the Premier Division. There Stockfish was merciless – it qualified for the Superfinal as clear first and without losing a single game. Considering this was the strongest Premier Division in the history of TCEC, the achievement of Stockfish may remain a unique feat for many seasons to come.

For the first time in many years, the dominance of the big 3 – Stockfish, Komodo and Houdini – was disturbed this Season 14. The world’s strongest open source neural network LCZero managed to outwit both Komodo and Houdini and grabbed a last minute ticket to the Superfinal by finishing second at the Premier Division.

Few believed that LCZero could put up a serious fight in the Superfinal. The dominant performance of Stockfish in the Premier Division and the shaky play of LCZero were pointing towards a landslide victory for the reigning champion. But every chess fan was in for a surprise – LCZero entered an experimental network , which utilized the latest findings by DeepMind. The result was astounding – the Superfinal turned out to be the most contested TCEC title in the history of computer chess.

Right in the next pair of games, Stockfish converted its game with white in the Catalan opening, increasing the score to 2-0.

Just as everyone was saying “this is the beginning of the end of the Superfinal”, LCZero returned a game in the French, Tarrasch (Guimard main line) and yet another in Nimzo-Indian, classical (Pirc variation).

After an exchange of blows in game 16 and game 17 , it was time for Stockfish to speak – 3 consecutive wins!

One more time the same question, is this the end of the match? No! LCZero needed only 8 games to erase the three points advantage and level the score

Nineteen consecutive draws followed in which both engines had chances to score. LCZero was the last one to score before halftime, in a Benoni game

Thus, the two engines finished equal in the first half of the TCEC Superfinal. This was just a virtual mark, but now everyone was convinced – this Superfinal will not resemble anything seen before.

The exchange of blows continued with LCZero taking the lead:

A decisive moment in the match came in games 65. LCZero created a winning position – Stockfish showed +153.1, showing that there is a tablebase win in this position. However, that was a 7 pieces tablebase win and no automatic adjudication happened. Rather the game continued and LCZero did not manage to convert.

Had it been a previous season, the game would have been adjudicated under the tournament rules that if the engines agree on a +6,5 eval for a certain number of moves the game is automatically scored. Under the new rules of Season 14, the engines were forced to show more understanding as to how to convert a given position, triggering the rule after a +10 eval. LCZero’s +8.92 evaluation was not enough and a virtually won game finished in a 50-moves rule draw.

Although this game will remain in the history of computer chess as one of the most dramatic games ever witnessed, the match was far from over as 35% of the games were still to be played. The tension increased game after game – LCZero was building up advantages, but Stockfish as a true “minister of defense” was bringing the games to equal score. What’s more, Stockfish started converting its own advantages and turned the match around.

With that last win with black Stockfish took the lead in the match and did not let it go until game 100. A very difficult match for both sides which certainly deserved the popular name “first match of the end of an era”. So far the era of Stockfish continues full steam ahead. Season 14 is over with a fourth consecutive title by Stockfish. But there is no time to relax as Season 15 starts this March 4th – with a record number of engines, a new neural network, and the highest ELO ever seen in computer chess.