Hallsberg’s tournament became a famous concept within Swedish chess. For decades, young Swedish chess talents had the chance to meet strong juniors from around the world – and always with the chance to take FIDE norms. Hallsberg tournament came to an end over ten years ago, and Swedish chess players mourned. But now it is resurrected. In a new location. With new organizers – and with a new tournament name.

Welcome to Stockholm Chess Challenge in Kista, Stockholm 8th to 13th of March 2016! 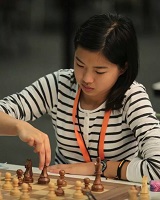 The ambition of Stockholm Chess Challenge is that Sweden’s young talents will be challenged by young and strong international players in order to encourage them to get IM- and GM norms. It is an invitational title tournament for players aged 25 or younger. The goal is to bring together a strong field, 20 players. Half from Sweden, and half from abroad.

The main sponsor Data Respons contribution ensures that the tournament is alive for at least three years. To the first edition goes even Sylog in as co-sponsor.

– To give Swedish chess talents this opportunity feels amazing, and I would like to take this opportunity to thank Data Respons and Sylog whose efforts have been crucial to the realization of this dream, says Tony Apéria.
Tony Apéria is a member of Swedish Chess Academy which has been very involved in the project. The fact that the tournament will take place is largely thanks to Swedish Chess Academy.

Jan Ståhlberg, chairman for Swedish Chess Academy:
– The Chess Academy is very pleased to have been able to contribute to Stockholm Chess Challenge. The Academy has as one of its main objectives to support Swedish youth chess, who we are convinced will get much enjoyment out of this tournament. The Swedish Chess Academy would also like to say a big thank you to the sponsors Data Respons and Sylog too valuable support.

Stockholm Chess Challenge will be organized by Stockholm’s Chess Federation and Stockholm’s Chess Society. Organizers’ Chairmen Jan Wikander and Stefan Lindh are also consistent in their anticipation of the tournament.

– This is going to be a big shot! The tournament is entirely in our line to go in for youth chess, they say.

Stefan Lindh, adding:
– Hallsberg’s tournament meant an awful lot for junior growth in Swedish chess. With Stockholm Chess Challenge, we can give a new generation of talents the same chance.

“Chess has values as an engineer has great use of”

– We at Data response and Sylog want to do what we can to encourage young people to discover and select the engineering profession. Chess encourages strategic thinking, creativity and problem solving, properties that an engineer has great use of.
– Thinking of the development in the world lately, it feels extra good, therefore, to support chess which anyone can learn to play regardless of background, gender or age.

The plaing venue is Department of Computer- and System Sciences

Stockholm Chess Challenge will be played in Kista, more specifically at DSV (The Department of computer- and System Sciences) which is situated in the so-called NOD-house. The Address is Borgarfjordsgatan 12 just next to Kista Metro Station. Click address to open Google Maps.

The tournament is played over nine rounds in six days, and will be broadcasted live.

In addition, various chess activities is planned in Kista while the contest is going on.

Ingemar Falk (picture above) is the media manager and webmaster for the tournament site www.stockholmchess.se