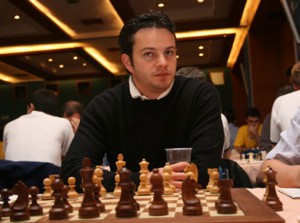 The tournament is organized by IM Christophe Philippe and the association “Chess 54”. The competition takes place 28th and 29th of April, as the second day is the final for which only 7 players qualify. Saturday games are played from 14:00 to 20:00, on Sunday the Quarter finals are at 10:00, the semi finals at 14:00, and the final at 16:00.