The selection of “The Study of the Year” is organized by the World Federation for Chess Composition and aimed at introducing a single friendly endgame study to the general public.

The study should appeal to chess players of various levels and encourage them to pay more attention to endgame studies.

Composers were invited to submit a single study (either their own or by others) that was published (either in a magazine or in an award) during the year 2012.

In all, 24 candidate studies were considered by an international panel of endgame study experts (David Gurgenidze, Oleg Pervakov, Gady Costeff, Ilham Aliev and Harold van der Heijden), who scored the studies independently. The scores (and all studies) can be found here: http://akobiachess.gol.ge/study_2012.html 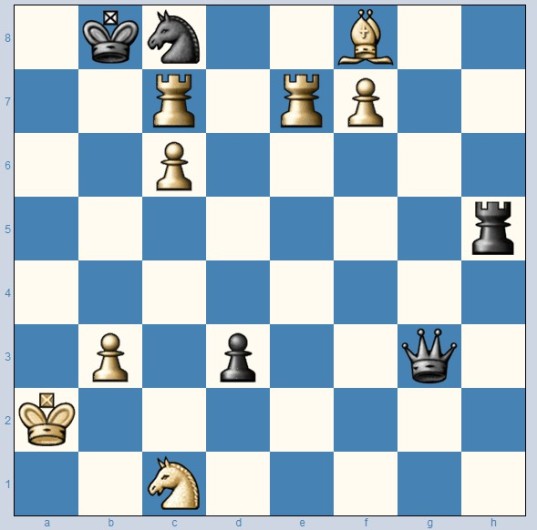 9…dxc1N+!
A new black knight is born on the square where his white counterpart was captured…

The is a study with a mutual Phoenix theme: both the black and the white knight are captured and reborn on the very same squares!