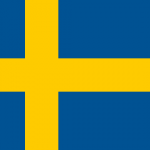 All classes: Championship, Masters Elite, Masters, Seniors 50+, Seniors 65+, Juniors The Swedish Chess Championship takes place from 30 June to 8 July 2018 in Stockholm, Sweden. Players receive 90 minutes for 40 moves, followed by 30 minutes to the end of the game, plus a 30-second increment starting from move one.
The preparations are ready and now the nearly 600 players are invited to the spa town of Ronneby. Håkan Jalling, chairman of the competition committee, believes that many of the chess players will have a positive surprise.

“It’s amazingly beautiful here in Ronneby and the place where we have the SM competitions,” he says. Really very nice.

Ronneby Brunn is an attractive holiday resort known for the great beautiful Brunnsparken. The resort adjacent to the hotel expects 70,000 guests each year. Here you are really spoiled as a guest, spa treatments, massage, swimming, sunbathing

Overcoming champion Hans Tikkanen is white against Axel Smith in the first round of this year’s SM competitions. The draw to the SM groups was conducted in the commentary room for a live audience on site and on the Swedish Chess Union’s Youtube channel. Favorite Nils Grandelius meets Erik Blomqvist as white while Hans Tikkanen is already waiting for around 3, then with Grandelius with the white plays.

“For some strange reason, I always meet Erik with the white pieces,” says Nils Grandelius with a laugh right after the pairings.

The atmosphere among the participants was easy and happy. Neither Erik Blomqvist nor Nils Grandelius think the drawing really is so important.

“No, I always have only the next game in front of my eyes, just know my next opponent,” says Nils Grandelius. Certainly it’s important to play the most white games, but not so it’s crucial.