The 11th edition of the International tournament dedicated to the memory of the 8th world chess champion Mikhail Tal was officially opened in the Museum of the Russian Impressionism in Moscow on March 1.

Deputy Prime Minister of Russia Arkady Dvorkovich, Chief Executive Officer of the Museum of the Russian Impressionism Yulia Petrova, grandmaster Boris Gelfand, and Chairman of the Board of Directors of the Group of Construction Companies “Don” Vladimir Kirsanov gave speeches at the ceremony. 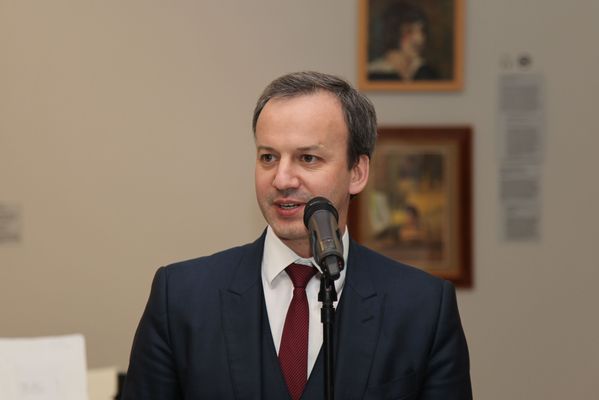 Arkady Dvorkovich: “We support the tradition of organizing large-scale chess tournaments in beautiful places. Tal Memorial is being held in the Museum of the Russian Impressionism for the second time. We thank Boris Mints for giving us the opportunity to organize our tournament here. I hope that everybody will enjoy not only chess but also the creations of wonderful artists whose works are represented in the Museum. I hope that the press will cover this event worthily”.

Boris Mints: “We are very glad that the Russian Chess Federation and the strongest world grandmasters have accepted our offer for the second time, and Tal Memorial is held in the Museum of the Russian Impressionism again. We are doing our best to improve the conditions and the atmosphere which are necessary for such a good chess tournament. I hope that there will be a serious struggle on the chessboards, because the line-up is just fantastic. I wish all of you good luck”.

Yulia Petrova: “Mikhail Tal was a person with a brilliant sense of humor and he was admired by many. I would like everyone to sense his spirit in the Museum during the tournament and to feel good and excited”.

Vladimir Kirsanov: “It is a great honor for our company to be one of the sponsors of the tournament held under the patronage of Arkady Dvorkovich for the second time. It is pleasant to see that the chess movement among the youth is on the rise, and, in general, this sport is regaining its popularity. I am very glad to be part of this movement, and I am grateful to the RCF President Andrey Filatov for engaging me in the chess world”.

Vladimir Kramnik: “To play in Tal Memorial before the Candidates Tournament is a great opportunity to get in shape. Moreover, if a participant of the Candidates doesn’t perform here well, it doesn’t mean anything, but if he does – it means he is in a pretty good shape. I will try my best in every game”.

Sergey Karjakin told about his previous participation in Tal Memorials. “I like this tournament very much and I have always played here quite successfully. I took part in the very first Tal Memorials and even had to qualify for them”, says Karjakin. 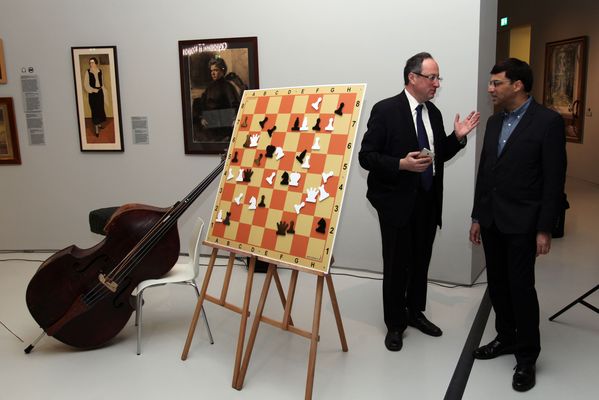 Boris Gelfand told about his participation in tournaments with Mikhail Tal. “Tal exerted an enormous influence upon the development of chess as a game. I am very glad that the tradition continues with the tournament in memory of this great chess player and a fine person. I always take part in it with great pleasure”, says Gelfand.

Mark Glukhovsky reminded regulations and told about the tournament’s history. Chief arbiter Anatoly Bykhovsky carried out the drawing of lots. The participants got the following starting numbers:

The super tournament is organized with support of the Avtodor Group of Companies, the Charitable Foundation of Elena and Gennady Timchenko, JSC Russian Railways, PhosAgro, Art Russe, and Building and Construction Group of Companies “Don”.

Grandmasters will play 9 rounds in rapid chess and 13 rounds in blitz (both tournaments are round-robin events). Four more participants, whose names will be announced later, will join the blitz tournament, which will take place in the Central Chess Club in Moscow (Gogolevsky Boulevard, 14, bld. 1).

The match days: Rapid – March 2-4 (Museum of the Russian Impressionism, three rounds per day, the games begin at 3 p.m.), blitz – March 5 (Central Chess Club, the games start at 2 p.m.). The Closing Ceremony will be held in the Central Chess Club on March 5 at 7 p.m. (Moscow time). 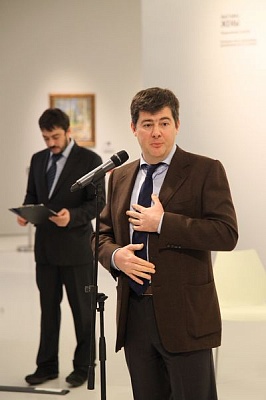 RCF organizes the annual nationwide «Belaya Ladya» (White Rook) Children’s Chess Tourna-ment for Schools, the Russian Chess Championship and numerous other chess competitions. The Federation’s «Chess in Museums» initiative has been running successfully in Russia since 2012.

RCF initiates and implements chess development programs, including those targeting children, and promotes expansion of the network of chess clubs and sections in the regions. RCF manages individual and team competitions in Russia, organizes participation of Russian players in interna-tional competitions, promotes Russian chess in the international arena, and develops sporting links with national chess federations, national and international organizations, including FIDE.

The Museum of Russian Impressionism has been opened for the visitors in May of 2016. It is situated in the historic complex of manufacturing buildings dated of the end of the XIX century. The unique project of renovation and design of the modern museum space was realized by the British architectural bureau John McAslan + Partners.

The Museum considers his mission as a popularisation of Russian art in general and its impres-sionistic component in particular, not only in Russia but also abroad. The Museum has earned the respect of the international museum community and comes as a member of the International Council of Museums ICOM.

Chess in Museums is an international project implemented by Russian Chess Federation (RCF) together with the Elena and Gennady Timchenko Foundation. The idea of organizing chess events in major museums was for the first time realized in 2012, when the World Chess Championship match between Viswanthan Anand and Boris Gelfand took place in the State Tretyakov Gallery (Moscow), thanks to the efforts of Andrey Filatov and Gennady Timchenko. Chess is a very special game that is strongly connected with history and cultural heritage.

The Chess in Museums project aims at demonstrating these bonds to everyone. We found an original format of organizing chess events in the best museums of Russia and the world, thus exposing both chess and art to the broader audience.

The mission of the Avtodor Group is creation and development of the motorway and highway network and its modern infrastructure in Russia. Avtodor is carrying out a consolidated reconstruction of federal highways M-1 Belarus, M-4 Don, and M-3 Ukraine and is responsible for the construction of a new speedway M-11 Moscow-Saint Petersburg and a Central Ring Road of Moscow. Avtodor applies mechanisms of a public-private partnership to implement all its large-scale projects.

Creating a network of innovative roads in Russia, Avtodor improves the quality of life of our compatriots and fosters its goals and values: respectful attitude towards the history and culture of our country and concern about the health of the nation and especially its younger generation.

The group supports the Chess in Museums programme and Tal Memorial for these projects combine two vectors: supporting sports and preserving a cultural heritage of our country.

Elena and Gennady Timchenko Charitable Foundation is the biggest family charitable foundation in Russia. The family of Elena and Gennady Timchenko has been doing charity both in Russia and abroad for more than 25 years. In 2010, the Timchenkos founded the charitable foundation in order to achieve long-term progress in philanthropy. The Timchenko Foundation focuses on promoting active longevity, developing sports, solving the problem of the social orphanage, and development of the Russian regions by means of culture.

The Foundation supports people who are changing their lives and the World for the better.

JSC Russian Railways is one of the biggest railway companies in the world with colossal volumes of freight and passenger traffic.

The company has high financial ratings, qualified specialists in all spheres of a railway transport, a big scientific and technical basis, project and construction capacities, and a significant experience in the international cooperation. The company’s activities: freight transportation, long-distance passenger service, suburban passenger service, provision of infrastructure and locomotive traction services, rolling stock repairing, infrastructure construction, research and development activities, and maintenance of a social sector.
The only shareholder of JSC Russian Railways is the Russian Federation. The authorized capital of JSC Russian Railways is 2 199 083 272 000 roubles.