34 female players from 14 countries are competing for the title and prize fund of $50,000.

After the five rounds in the World Rapid Championship Russian Grandmaster Tatiana Kosintseva is leading the standings with 4,5/5 points. She started with a draw against her compatriot Karina Ambartsumova, but then followed with an impressive string of four victories, including the round five clash against the then leader Kateryna Lagno.

The biggest surprise of the day is the score of top-rated Valentina Gunina who has only 2,0/5 points.

The event continues over the next two days for a total of 15 rounds, with a single game for each round. 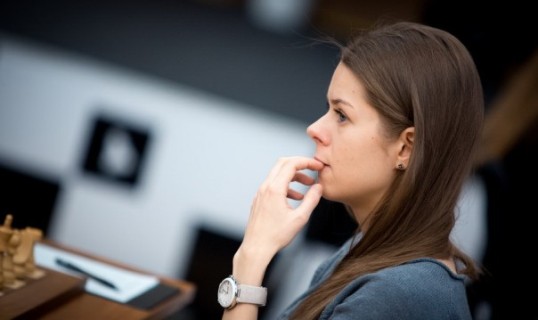 Tatiana Kosintseva said: “I don’t feel any tiredness after the Women Grand Prix. I enjoy blitz and rapid chess. Also, I didn’t take part in tournaments for a while and became hungry for chess. So I play with passion here.”

Pia Cramling stated: “This tournament is very lovely for me, it is important that we continue this tradition. The last rapid and blitz championship was held in 2012 but I’d like to have such events every year because they are very exciting and spectacular, we need to have it.”

Alexandra Kosteniuk on her birthday: “My relatives and friends called me in the morning with congratulations. Actually, birthday is always a little sad – it means you lived another year of your life… And this is why I enjoy playing chess on my birthday so much – it leaves no time for sadness. You go and play, you live and do the things you love.” 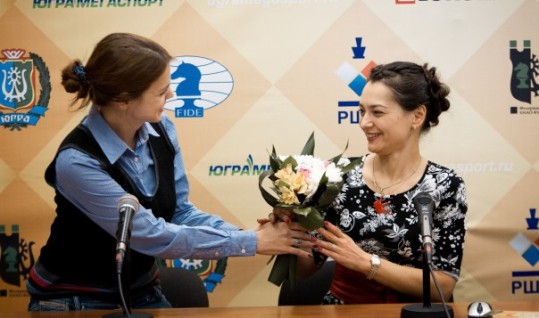