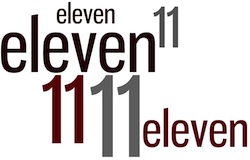 TCEC Season 11 will start this January 3rd. It will involve 30 of the strongest computer chess software programs in the world. One more time the engines will be provided with a high quality hardware – a 44 cores server – and will compete in equal conditions to crown the strongest one in the Top Chess Engine Championship.

From this Season 11 TCEC is upgrading its format to a league system with promotions and relegations. This was announced in a press release on November 10, an article that generated over 250 000 views and is now fully updated with the new information. Besides an upgraded league system, TCEC will feature many more enhancements. Here is a list of some of them:

All divisions to run on a 44 cores computer

Engine authors rarely have access to high computing power on multiple cores. TCEC has decided to support engine developers by using the 44 cores server not only in the highest division, but around all divisions. The tournament organizers hope that, besides an interesting race, this will be a good test for the authors and will help further engine development.

A whole new division is created

The computer chess sector is booming – more and more engines are entering the software race with new ideas, new programing languages, and new algorithms. The participation requests for TCEC are at their highest ever and this provoked the creation of a whole new division – “Fourth Division”. It will again be composed of 8 engines. All of them will be invitational. Four of the participants will be promoted to Third Division.

The eight new engines that will compete in Fourth Division are in the participants list below.

One more new participant enters TCEC. This is one of the top 10 engines that was missing last season from the event – Fritz 16. It will start in Third Division, taking the place of Rybka and officially retiring it from the roster.

Stability as part of the game

Stability is very important in TCEC. The constant push for ELO increase sometimes renders bugs and issues. The organizers try to emphasize season after season how important stability is, thus starting Season 11 a new rule regarding this will be introduced. It is called the “3 strikes out” rule and states that an engine is allowed to crash maximum 3 times per division run, after which it is automatically relegated.

Critical play-preventing bugs and behaviors will be allowed a fix once per season.

With the addition of the Twitch TV channel, TCEC’s coverage will expand rapidly in Season 11. The organizers are adding daily GM commentary. It will be done by the experienced coach and player GM Marian Petrov, current national champion of Bulgaria. He will be the resident commentator of TCEC and will be joined by many guests – computer chess experts and other Grandmasters – in the studio.

Note that practically all engines will use custom TCEC versions. For more information you can talk to the authors and computer chess experts at the ever active chat on the official website http://tcec.chessdom.com/live.php