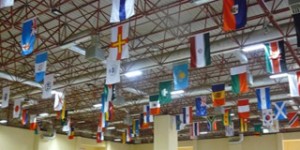 The biggest team chess championship is about to start

The 40th FIDE World Chess Olympiad will take place in Istanbul, Turkey, 27 August – 10 September. A record breaking 162 nations have registered for the competition with more than 1700 players and captains.

Here is a list of teams arranged according to the average ELO. The reference is the August rating list, note that these initial ranks will change September 1st, as now FIDE publishes the rating lists monthly.

Still, this initial ranking gives a good idea of the expectations from each participating team in the 40th FIDE World Chess Olympiad.