The Chilean Ministry of Social Development and the World Chess Federation (FIDE) signed the Social Initiative Chess Agreement to facilitate the integration of children, youth and vulnerable senior citizens through the game of chess.

The aim is to promote strategic thinking and intergenerational exchange in vulnerable sectors.

The FIDE Social Action Commission Chair, Beatriz Marinello, helped facilitate the relations between the World Chess Federation and the Government of Chile to make this historic agreement possible.

It is through initiatives like this that the Social Action Commission is helping make a difference across the world, from its projects in Africa, Chile, Trinidad and Tobago and Nepal. In forming strong and positive relationships, we can all make a difference in the communities across the globe. 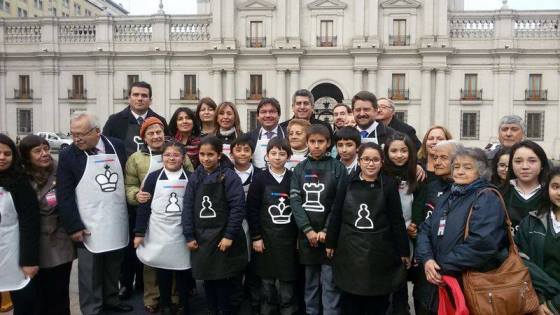 With the signing of this agreement pilot chess programs will be implemented in the regions of Valparaíso, Tarapacá, and Los Lagos, with nine communities in total, for about eight months, with an investment of approximately $85.000 US dollars.

With this project, the Ministry, through the Solidarity and Social Investment Fund FOSIS; the National Service for Senior Citizens, SENAMA; and the National Youth Institute, INJUV, seeks to strengthen the social fabric of communities and create opportunities for encounter through chess, that can strengthen the dialogue between generations. 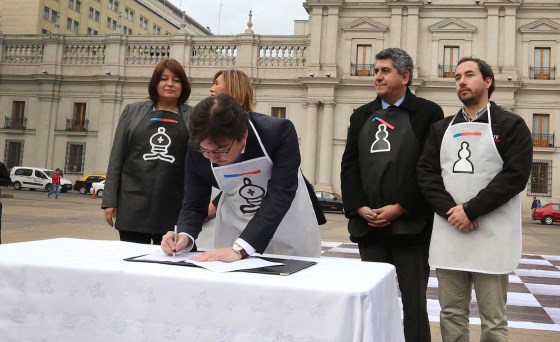 The Minister of Social Development, Marcos Barraza said, “We all help build Chile, and with initiatives such as the Social Initiative Chess Project, it helps us make this happen every day, expanding the possibilities of development and integration between generations.” The Minister goes on to say that this effort is part of the ongoing concern of the Ministry of Social Development, ” to promote equal opportunities for people and vulnerable communities.”

Vice President of the World Chess Federation, Beatriz Marinello, stressed that this is “a unique project that has never been implemented before in the world, one whose development will be documented so that Chile may serve as an example for other nations that would like to reproduce it .”

National Director of SENAMA, Rayen English also stressed that “the participation of senior citizens in inclusive settings, where dialogue with other generations can occur, is an opportunity for the transfer of knowledge between generations, cognitive stimulation, new roles, and the validation of such experiences, forming favorable and enabling environments for the aging.” 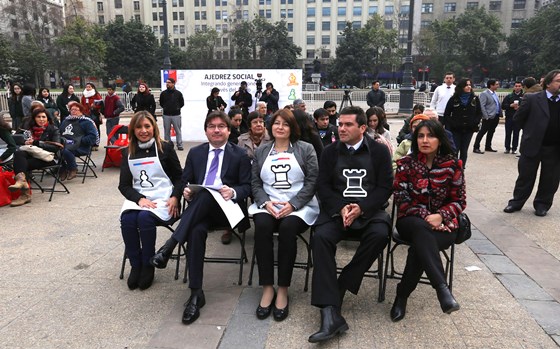 For his part, the executive director of FOSIS, Andrés Santander, said that this initiative aims to strengthen local communities, “generating participation of its members, and developing a space where the game of chess can be learned, played and practiced, while promoting a dialogue between generations and an exchange of experiences that can enhance relationships, capacities and interactions.”

National Director for INJUV Nicolas Preuss “This is another important instance in which the Government of Chile seeks to strengthen the participation and integration of children and youth through the game of chess, where strategic thinking leads us to obtain our objectives by seeking solutions to problems or difficulties. “

To mark this event, officials and about 30 participants, seniors, youth and children, participated in a game of human chess, at the Plaza of the Constitution. 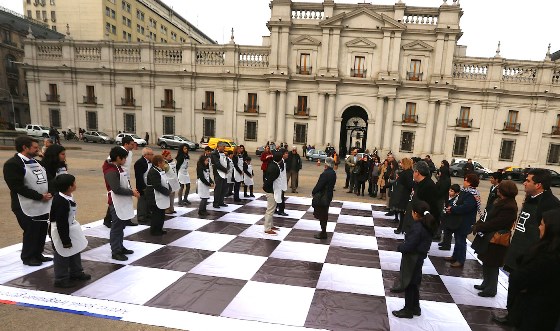 The project aims to promote active aging in senior citizens through interaction during chess play with others; for children it is a practice that strengthens their ability to develop strategies; while for the youth, it increases active participation, solidarity and commitment to their community.

We would like to thank the Chilean Chess Federation, AJEFECH, the Ministry of Social Development and SENAMA for providing photographs and the content for this news. 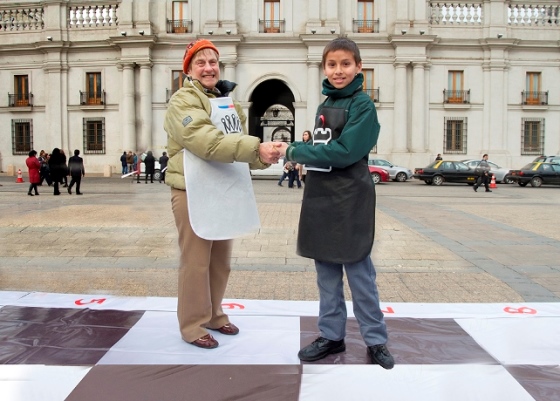 FIDE with strong reaction and deadline for Olympiad OC
A few hours after giving an exclusive interview for Chessdom.com where he confirmed the Olympiad will not be moved from Tromso, the FIDE President ...