As of today 6 August 2012, some six weeks before the 17 September start of the DYTM Raja Nazrin Shah International Open Championship, we now have 56 “official” entries of the targeted 80 that the playing hall will allow.

The big news is that the current Asian Continental Champion (and a former Malaysian Open Champion), Parimarjan Negi, who also had the distinction of being the world’s youngest grandmaster, is returning to KL, and the current Indian No 4. with a rating of 2664 at 19 years of age is certainly a big favourite despite his observation that the tournament is being played at a somewhat demanding two rounds a day! 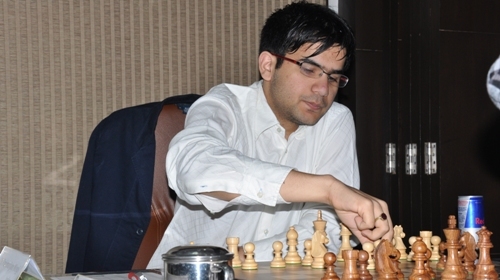 Roses to date include Indian’s Woman Grandmaster Kruttika Nadig whom many will remember from the Melaka Open in April and Uzbekistan’s long standing No. 1 Nafisa Muminova.

With so many of our national players amateurs and involved in Istanbul Olympiad which ends a week before, unless our No 1., International Master Mas Hafuzlhemli steps up and/or our No. 2 FIDE Master Dr. Nicholas Chan is miraculously able to get leave from work that starts the same month, the local challenge will be led by FIDE Master Dr. Ronnie Lim with other notables being veteran Lim Kian Hwa, Nor Ilhamuddin “GM at 56” Shaik Ali, and a blast from the past in the surprise participation of former top junior talent Prabhaharan Rajendran.

Of our current young talent, Penang’s Elgin Lee is so far the most prominent entered to date but many more are expected to follow once leave from school can be obtained.