The Oliver Gonzalez Memorial has started Saturday with a record participation of 183 players from 8 countries.

The participants are divided into two groups with different schedules for the first 6 rounds: some of them are playing double rounds for 3 days (“weekend group”), while others play with a rhythm of one game each day (“normal group”). The two groups will be united for the last 3 rounds to conclude the overall winner.

The top-seed of the tournament, GM Oleg Korneev has decided to play in the weekend group and started with a perfect score, 2 out of 2. Other high-rated players with 2 points are: IM David Larino, IM Orelvis Perez, IM Santiago Roa and IM Jose Candela. 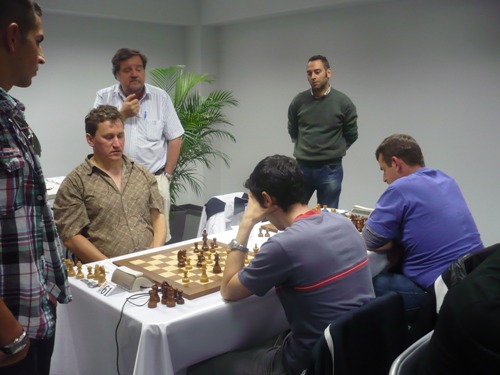 The socio-cultural events will start tonight with a highly popular activity: singing a karaoke bar, which will be followed with a gastronomy night on Sunday. 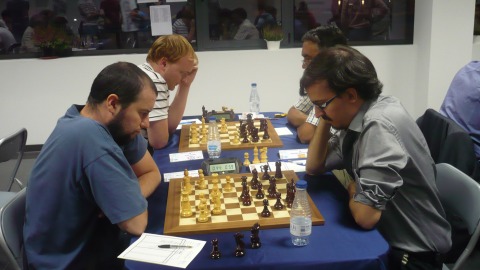 IM Adam Hunt (with white in the back) and IM David Martinez (with black at the front) won their first games, too

Stay tuned for the daily reports on the tournament as well as on the grandmasters of the karaoke and other highlights ;)

Live games can be followed at: http://directo.memorialolivergonzalez.com/ 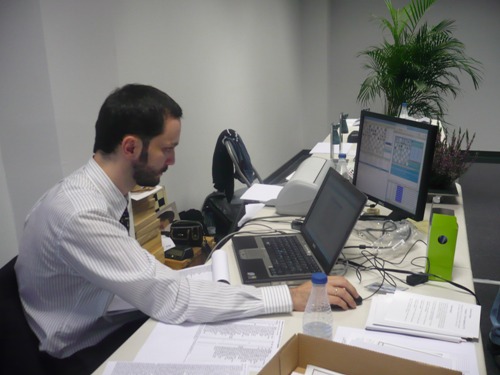 The main arbiter, Daniel Rodriguez makes sure that everything goes well with the transmission 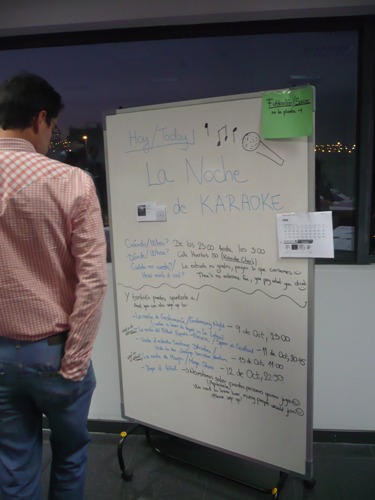 A player examining the board of events