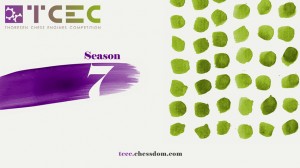 The Wall Street Journal published a long article on the recent victory of Komodo at the Top Computer Chess Championship (TCEC). The author Christopher Chabris covered with details the epic Superfinal between Stockfish and Komodo.

“Magnus Carlsen, has the highest chess rating ever and has been acclaimed by other grandmasters as the greatest player of all time. But perhaps a small asterisk should be attached to his records. That’s because the two best chess players in the world weren’t playing in Sochi. Instead, they were 1,400 miles away”

Mr. Chabris also looks at the unique opening strategy that drew the attention of chess Grandmasters and coaches alike, “This year, a professional chess trainer named Erik Kislik made the final selection of openings, with the goal of testing the engines with a wide variety of starting positions that are played by top grandmasters. Because white starts the game with a small advantage, Komodo and Stockfish played each position once with white and once with black. The result was one fascinating game after another, even when the result was a draw.”

The article of Wall Street Journal attracted the attention of many and achieved one of the highest impacts of the week on social media. It has been shared on Facebook over 1500 times and retweeted on Twitter more than 150 times according to the WSJ sidebar widget statistics.

Replay TCEC games in the archive